Could an unequal revenue sharing model calm the conference realignment waters or is it too late for that line of thinking? 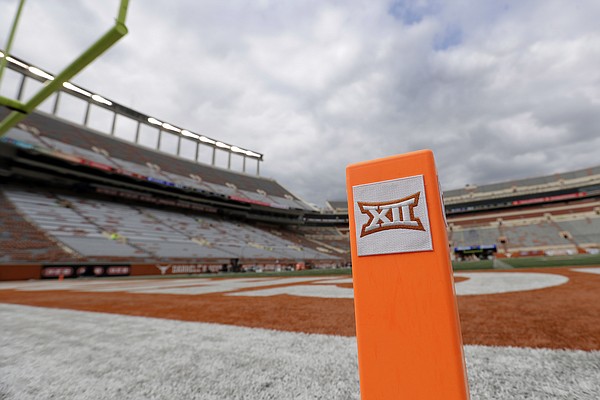 As conversations continue about the Big 12 Conference and Pac-12 seeking survival and to thrive, a thought popped into my head while watching the final hole of the British Open of all things.

Why not pay schools what they earn instead of having the television rights revenue equally distributed among all of the members of the conference?

It might be a bit of a challenging and even controversial approach. And perhaps there’s an obvious reason to avoid it that I’m overlooking.

But as Rory McIlroy stood over his second-to-last putt of the tournament last Sunday in St. Andrews, Scotland, there was money on the line, just like there could be for every school in potentially every sport in major college athletics.

Had he made the putt McIlroy would’ve tied for second, which would have netted him a couple hundred thousand dollars more in prize money.

Instead, McIlroy missed and settled for par, which left him all alone in third place and with a prize of $933,000. Cameron Young, who finished in second place, brought home $1.46 million.

As you all know, football is what drives conference realignment. So, if such a proposal came down to a vote today, you can bet that KU would vote against it — at least for the time being.

Still, it feels like there’s a formula here that might keep everyone happy. The reason first is simple. You get what you earn. In many ways, that’s at the core of what sports is all about and it only makes sense to tie that philosophy to the financial side of things.

After all, that’s how it works at the professional level. And while I know there are still quite a few of you out there who want to scream and shout about how college athletics is not pro sports, the goings on of the past year have cut into that argument quite a bit, eh?

No one is buying that college sports are amateur athletics any longer. So if you’re going to pay players and have endorsement deals and have television revenue drive the whole thing, you might as well adopt some other professional principles, as well.

It seems like it’s all headed that way anyway.

For fun, here’s a look at what this model could have meant for the Big 12 Conference had it been in place during the past year.

As you may know, the Big 12 paid out a record $426 million to its 10 member schools for last year, resulting in a haul of $42.6 million per institution.

Basing the model around the idea that last place gets no less than half of what first place gets, here’s how the payouts would have been handled for the last school year.

As you can see, the top five schools all received at least what equal distribution would have produced, with first place netting more than $20 million more than that $42.6 million figure and second and third place picking up some extra cash, as well.

The schools that finished 6th through 10th all would have made less than the $42.6 million but not by a crippling amount.

What’s more, while losing $10 million from the equal distribution would not have been fun for the 10th-place school — in this case Kansas — it’s not as if wholesale changes would have to take place within an athletic department to account for it.

Tightening of the belt here and cost-saving measures there would make it manageable, and the beauty of the format is that it can also be made up in future years by improving your standing in the rankings.

Again, there’s probably some really obvious reason for this not to be the favored approach. And it may be as simple as not enough schools like it.

But in an era where all things are being and have to be considered, this doesn’t seem quite as crazy as it might have in years past.

After all, if the Pac-12 had adopted something similar to this model years ago, maybe USC and UCLA would not have left and those schools would not currently be fighting for their power conference lives. Who knows? Texas and OU might not be leaving the Big 12 either.

It seems like we've gone too far for this to be a viable solution, but perhaps this line of thinking could help stem the tide.

As a second-tier conference, would something like this actually attract or retain bigger players?

Nebraska, as they sit today, would never come back to the Big 12. Missouri? Same. But what if the payout at the top of a second-tier conference actually comes out better than Big 10 or SEC consistently? Would it get someone to consider coming back? Probably not. Help retain higher-paying schools? Maybe.

It's hard not to think of Texas with this scenario. They absolutely had the opportunity to milk their 3rd tier rights, and tried. They still chose the SEC for money and recruiting. I know that's not what's proposed here - but if Texas couldn't make it work, I doubt other schools would find much benefit to an uneven model.

If that's the case, then can KU keep more of its NCAA tourney $? I think those $ are shared with the conference too.

I guess the big losers would be "olympic sports"...particularly with the bottom level of the finishers.

John - I thought I remembered reading a long time ago that March madness $ is somewhere in between. Everyone starts with an equal share, but a school gets an extra share for each game played.

Matt - There are a couple observations:

You're right. You can't ignore hoops or any other sport, but I'm not sure the system works if you're grading entire athletic departments.

For instance, does Colorado get a huge bump in its final ranking because of all of those skiing national titles? I suppose it could be weighted in some manner — and maybe that's just by the sports that are consistently on the television broadcasts — but for the sake of a simple explanation, it seemed better to focus just on football. That's where the money is and where everyone's focus and attention are, as well.

You're also right about Texas not getting as much in recent years but I think it's worth looking at the potential to make more. If they know going in that they're going to get the same payout as Kansas even if KU is 1-11 and Texas goes 12-0, that's a little harder to stomach than the idea — again, based on potential — that going 12-0 could lead to as much as $20M extra.

Just a theory/thought. I'm sure there are plenty of holes in it. But I also think we've reached the point where many new models and all possibilities are actually being considered or at least looked at.

And here it is, just a day later, ACC is rumored to be looking at unequal revenue distribution. https://twitter.com/Brett_McMurphy/st...

Matt - Definitely agree that non-revenue sports are non-factors, but BB is too big to ignore.

I do appreciate you thinking outside the box. Similarly, it’s why I think Yormark is a good hire.

Maybe the thinking has changed 10, 20 years later. But to me it's the road to perdition.

The whole blow up with the Big 12 initially was Mizzou and Nebraska (and A&M to some degree) bitching that UT (and OU) were getting to much money because it was based on TV games and time slots. Mind you both Mizzou and Nebraska were for this... until they were against it.

If the ACC goes this route to appease Clemson and a few other schools it's the beginning of the end for them. Now... it maybe already. But as we've seen things can blow up slowly... then all at once.

Matt - Have you heard anything about the Big12 and ND creating a package deal with nbc so that ND can stay independent and provide tier 3 content through the peacock? Maybe this is a version of your nonequal revenue sharing. ND would command more value and have it written into the contract.