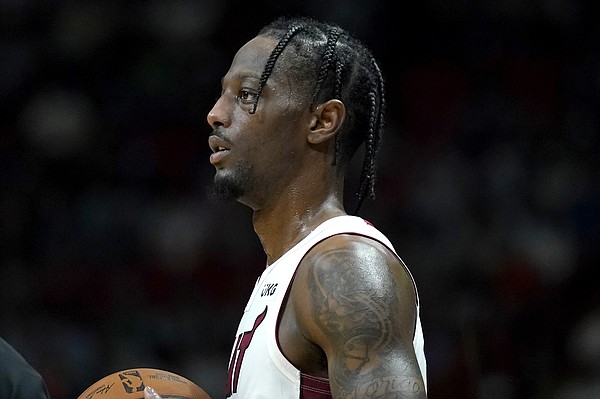 Former Kansas guard Marcus Garrett, who signed a two-way contract with the Miami Heat for the 2021-22 NBA season, scans the floor during a game this season. (Associated Press photo) by Matt Tait

According to a report from The Miami Herald, Garrett, 23, will have surgery to fix the “instability in his right wrist” and remain around the organization while going through rehab.

Garrett has not played for the Heat since late December, with tendinitis in the wrist plaguing him throughout the season.

The Heat appear to be poised to sign former Virginia standout Kyle Guy to the two-way contract that came open by waiving Garrett. According to the Herald’s report, all two-way contracts become guaranteed for the rest of the season on Thursday.

Hang in there Marcus!

It’s good that he will remain around the organization while going through rehab. Seems like a commitment to him as a player.

It was great to see him get some playing time and do a decent job. The Heat are defensive minded and he has to have a future with them especially if he can do the other things that we know he can do. All the best Marcus.