The Day After: Toppling TCU 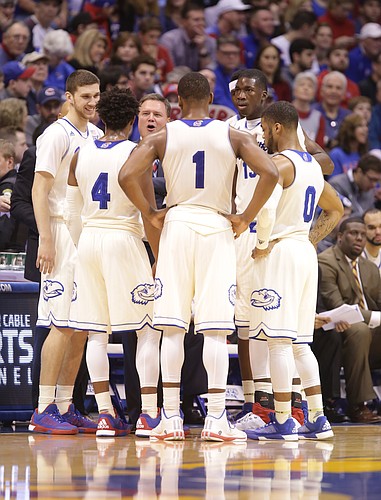 Kansas head coach Bill Self huddles up the Jayhawks during the first half, Saturday, Jan. 16, 2016 at Allen Fieldhouse by Nick Krug

Saturday's 70-63 victory over TCU at Allen Fieldhouse was just what this Kansas basketball team needed in so many different ways.

The first and, in some ways most important, was that it served as a solid bounce-back from Tuesday's sluggish and sloppy loss at West Virginia.

More than that, though, it provided the Jayhawks a chance to feel good about themselves in the cozy confines of Allen Fieldhouse and their adoring home fans, gave KU a temporary break from life on the road and gave Bill Self a perfect opportunity to give Cheick Diallo and Carlton Bragg some meaningful minutes. More on that in a minute.

As Bill Self predicted, this was by no means an easy win at home, as TCU, much like KU football against TCU during the past few years, gave KU a strong challenge from start to finish and, even when falling behind by double digits, never quit battling.

That forced KU to finish and that, too, was another good thing that the Jayhawks gained from this one.

One of the most impressive aspects of Saturday's victory was the fact that you could see Kansas improve in several of the areas that plagued them in the loss to West Virginia. The energy was up, the effort was better, KU took care of the ball and battled on the boards and, instead of letting TCU dictate the way the game was played, the Jayhawks did their best to assert themselves in all areas of the game.

1 – It's been written a lot on this site in the past 18 hours or so, but I don't think you can say it enough. The way Cheick Diallo and Carlton Bragg played on Saturday — in a conference game, against a solid team that happened to play pretty darn well — was about as good of an outcome as Bill Self and company could've hoped for. Both guys were aggressive yet relaxed and intense yet intelligent and they put their stamps all over this game. If that kind of performance is the confidence springboard that those two guys needed to really come on during the second half of the season, a darn good KU team is about to get a whole lot better. 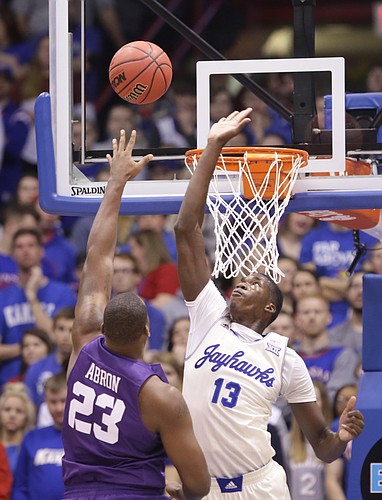 Kansas forward Cheick Diallo (13) gets up to reject a shot from TCU forward Devonta Abron (23) during the first half, Saturday, Jan. 16, 2016 at Allen Fieldhouse by Nick Krug

2 – Diallo and Bragg obviously were a big part of it, but the entire KU bench actually played pretty well. Svi (7 points, 2 rebounds, 2 assists and a steal) was solid and also looked more comfortable than he has in recent weeks and Jamari Traylor, though still shaky at times, grabbed four boards, including two on the offensive end. KU's bench outscored the Frogs 29-16 and in a game decided by seven points, that's a pretty big advantage. 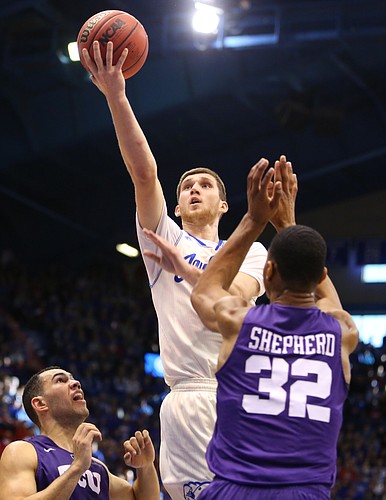 Kansas guard Sviatoslav Mykhailiuk (10) floats in for a bucket over TCU forward Karviar Shepherd (32) and guard Michael Williams (2) during the second half, Saturday, Jan. 16, 2016 at Allen Fieldhouse. by Nick Krug

3 – KU's transition defense was pretty good for the third game in a row. After getting torched for 17 fastbreak points by Oklahoma a few games ago, KU gave up just four to TCU on Saturday and has surrendered just eight fastbreak points combined in the last three games.

1 – Saturday was far from KU's best day shooting the ball from the outside, but it wasn't just the fact that KU's percentage (5-of-20 for 25 percent) came back down to Earth, it was also the way the Jayhawks looked while shooting from the outside. Very few of KU's three-point looks actually looked to be smooth shots in rhythm, and it was clear throughout the afternoon that KU was going to have to win this game another way, which they did. 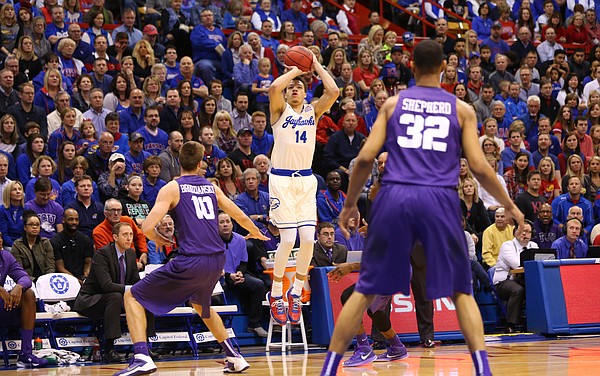 Kansas guard Brannen Greene (14) pulls up for a three in front of TCU forward Vladimir Brodziansky (10) during the first half, Saturday, Jan. 16, 2016 at Allen Fieldhouse by Nick Krug

2 – It's not like he's been terrible, but Frank Mason definitely has not been quite right the past few games. I can't help but wonder if Mason is dealing with some kind of nagging injury that we don't know about, which would make sense given how hard he plays and how many falls he takes. Mason still looks great in transition and can blow by anybody on his way to the rim there. But in the half-court, he struggles a little more to finish on drives to the paint these days and often puts the ball too hard off the backboard. Beyond that, his three-point shot doesn't look quite as smooth and seems a little bit rushed at times. 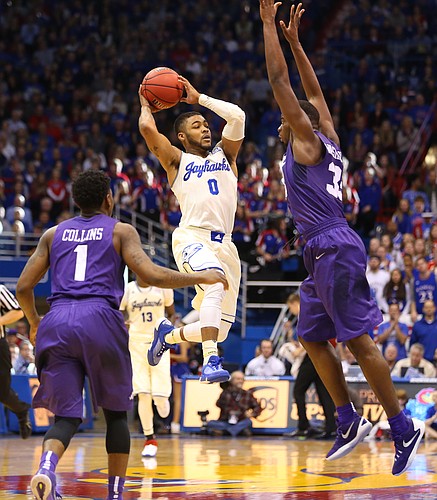 3 – It was a rough game for three parts of KU's big man rotation. Landen Lucas, Hunter Mickelson and Jamari Traylor all had games they'd rather forget and even though each of them figures to continue to hold some kind of role on this roster, their collective struggles provided further evidence for opponents that KU is vulnerable at that spot. It might work out that on the same day that this trio struggled, KU's two freshmen stepped up. And if Bragg and Diallo continue to show what they showed Saturday, KU might wind up better off. If not, these guys need to get back to at least fulfilling their roles or things are going to get even scarier for KU's big man rotation.

• Made 55-9 following a loss in the Self era, including a 31-6 record following a conference loss.

• Gave KU its seventh-straight win against TCU and made the series 11-1 in favor of the Jayhawks.

• Made KU 9-0 in Allen Fieldhouse this season and extend its home court winning streak to 33 games, which tied for the fourth longest in school history.

After a quick stop at home, the Jayhawks head back out on the road on Tuesday, when they'll play at Oklahoma State at 6 p.m. in Stillwater. 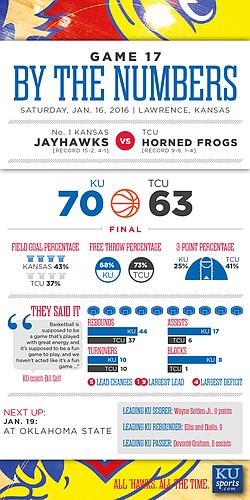 I'm surprised that you listed Mickelson in the list of bigs that struggled. In the extremely short time that he was in the game, I thought that he looked good and had more energy than the other four starters.

Given the amount of playing time of Diallo in this game, I wonder what he would have done. Bigs need to be on the floor for an extended period to get in the flow of the game. Five minutes won't do it.

If I was Mickelson, I'd be extremely frustrated right now. It surprises me because Self usually takes care of his seniors.

On Mason, I am worried about the extended minutes that he puts in during every game. He looks tired to me. Every shot was coming up a bit short on the front of the rim.

I'm not sure how Self can make it happen but I would limit Mason to a max 30 minutes per game. Since we'll need him at the end of close games, that means finding someone to spell him in the 3rd quarter.

Excellent Post Michael. My thoughts too. I think Mickelson is key to this team down the road. He starts games well then never sees the court again. I like his confidence and balance on both ends of the court. I can't stand to watch Lucas miss another 1 foot shot. Traylor doesn't have the size we need.

Give Frank Sundays off and let him rest in the last three week of April and all of May. We need him on the court.