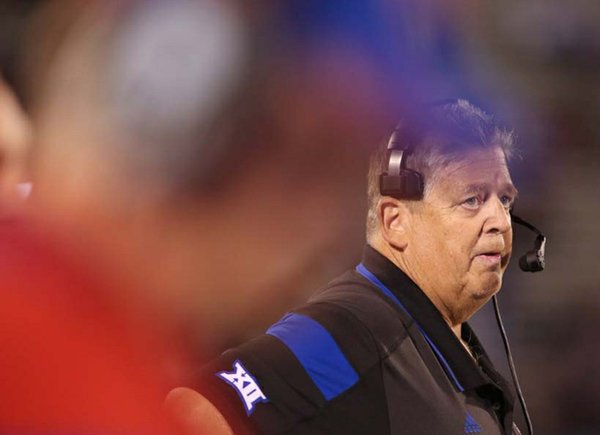 The Kansas University football team has navigated its way through the non-conference portion of its schedule — some moments good, some moments bad — and is now headed into Big 12 play for the rest of the season.

With that in mind, let's take a quick look at where the Jayhawks rank nationally in a few dozen different statistical categories.

Keep in mind that, because of their Week 1 bye, the Jayhawks have played just three games while much of the rest of the country already has played four games. That fact impacts most categories in at least some small way and is worth remembering.

I was surprised to see that KU has nearly just as many decent rankings on the offensive side of the ball as on defense, though not all of them are the most critical stats. Overall, KU currently ranks in the Top 50 (of 125 FBS teams) in three offensive categories and six defensive categories.

Here's a look at where the 2-1 Jayhawks stand in the most popular categories on offense defense, special teams and miscellaneous.

Kansas running back De'Andre Mann finds a hole against Duke during the second quarter on Saturday, Sept. 13, 2013 at Wallace Wade Stadium in Durham, North Carolina. by Nick Krug 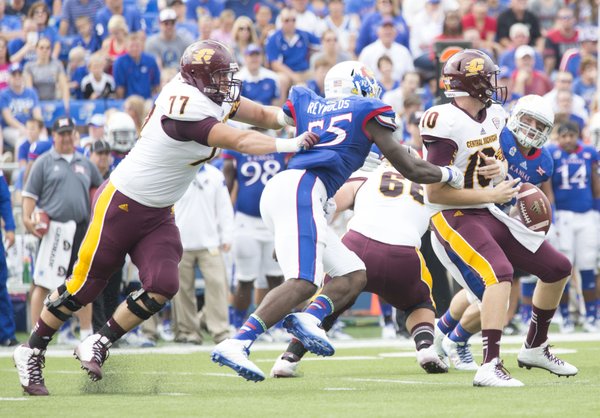 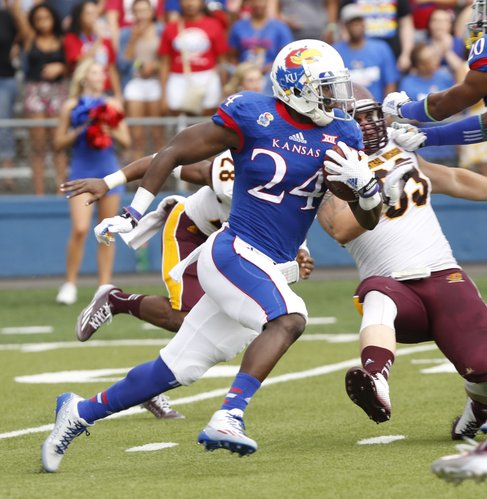 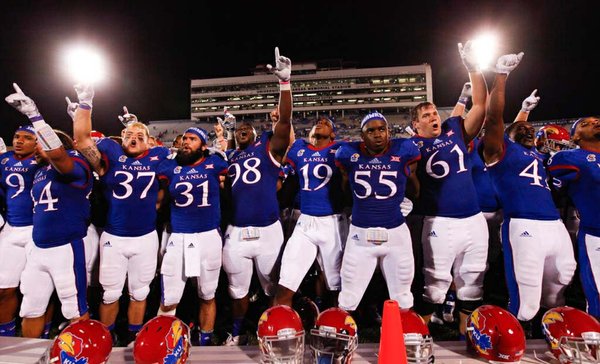 The Kansas Jayhawks sing to the student section after fending off a late charge by Southeast Missouri State to win 34-28 on Saturday, Sept. 6, 2014 at Memorial Stadium. by Nick Krug

Interesting read from Kirk Bohl from the Austin American-Statesman view.

Good call. I was just about to post that. Thought Kirk did a nice job with it.

Fumbles lost and turnovers lost are two of the three categories we rank in the top 50 in. Wow. With the exception of rushing yards per game and throw out the meaningless stats we rank no better than top 100. Which is great especially since we've played such football juggernauts as SEMO, CMU and Duke. Grabbing at anything we can to put a positive spin on what this team has done thus far. Just wait until we play Texas tomorrow and several of those stats that haven't yet reached the 100's will be there such as tackles for loss allowed, Interceptions thrown, Sacks allowed, and tackles for loss allowed. The only reason our red zone offense as high as it is is because we rarely get in the red zone. To me this article while has some information in it just shows how terrible this team really is at this point. And just points out more glaring problems we have going forward.

Yeah, there's no doubt. It wasn't meant to try to make the team look good or bad, just a concrete look at where they stand when put up against the rest of the FBS... And, clearly, they've got some work to do. What's more, improving too much is going to be very tough in Big 12 play.