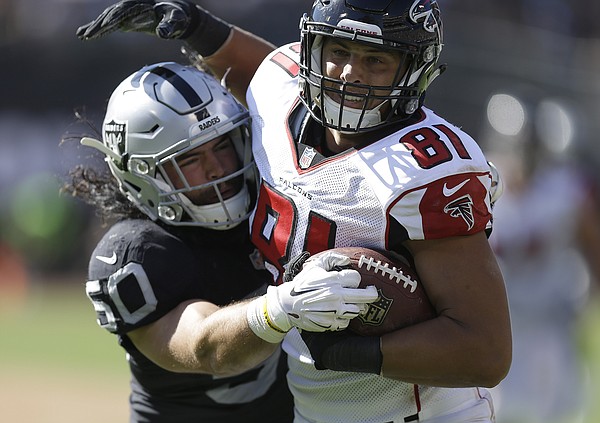 A year after the tragic news of former Kansas football running back Brandon Bourbon’s death emerged, his friend and KU teammate Ben Heeney is making sure as many people as possible hear Bourbon’s story.

Heeney, Bourbon’s college roommate and now a linebacker with the Oakland Raiders, re-lived some of his favorite memories of Bourbon in a feature for The Players’ Tribune titled, “Life and Death.”

In the piece, Heeney details not only the fun moments he and Bourbon experienced together in Lawrence, but also a detailed, heartbreaking account of how he wanted to help a friend he could tell was in need, not knowing at the time Bourbon soon would take his own life.

Reflecting on their time together, Heeney says on The Players’ Tribune he sees now that at some point Bourbon reached a point where he determined life lacked the meaning it once held for him. So Heeney hopes to make sure his friend’s life still can have an impact.

“I want to help educate people. I want to talk to people who are having thoughts like Brandon had, and to let them know that there’s another chapter for them, and that they need to be here to write it,” Heeney shared. “That their story isn’t over. I want to have the conversation with them that I wish I’d had with Brandon.

“But I also want to talk to people who are close to those who might be suffering,” he added, “to let them know that there are signs to look out for, and to tell them the proper way to acknowledge them and address them.” 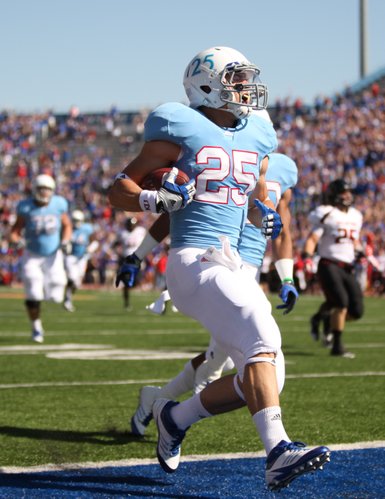 Kansas running back Brandon Bourbon celebrates his touchdown against Texas Tech during the first quarter on Saturday, Oct. 1, 2011 at Kivisto Field. by Nick Krug

Though Bourbon’s story is a sad one, Heeney’s desire is that it will help save someone else’s life.

On Monday, Heeney posted several old photos of him and his buddy, remembering April 3, 2016, as the last day the two spoke.

“It hurts so much knowing that you could still be here with us today,” Heeney wrote on Instagram. “Looking back now, I can see some signs, but when the signs were right there in front of me I was blind. Blinded by your confidence, your resilience, your strength. See it's the strongest people who hide it so well. Never in a million years did I think you were struggling everyday. Never in a million years did I think you didn't want to be here anymore. I wish I would have recognized the signs and been there for you. I wish you would have opened up to me and told me your struggles so we could get through them together... I will NEVER stop telling your story. I will NEVER let anyone forget your name. Because I know you would do the same for me. I love you and miss you every single second of every single day bro. We will continue to spread your message and continue to raise depression awareness so hopefully nobody else ever has to feel as alone as you did. You are with me always — and like you told me that last day we were together, "see you soon."

But now he's using Brandon's story to save others. https://t.co/Oj1C7XTsCS pic.twitter.com/bDbaAKhXwF

None by The Players' Tribune