Getting to know Rutgers 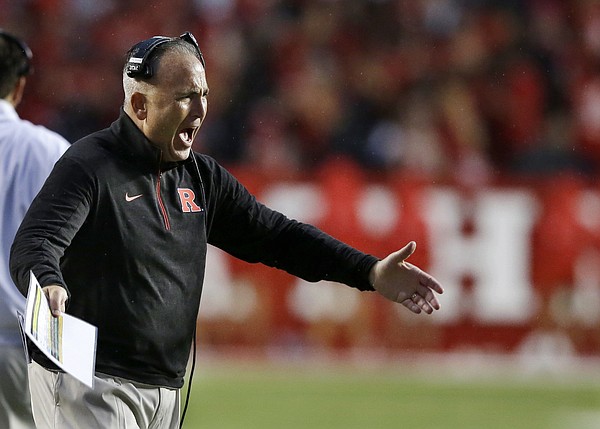 You won’t see Rutgers football coach Kyle Flood on the field Saturday at High Point Solutions Stadium, in Piscataway, New Jersey. As you’ve probably learned by now, the Scarlet Knights’ head coach is in the midst of serving a three-game suspension for rules violations and a string of off-the-field issues involving Rutgers players.

An investigation found that Flood emailed and met in person with a RU faculty member even though he knew — or should have known — of the university’s policies prohibiting coach-initiated contact with faculty members regarding students’ academic standing.

What’s more, Rutgers captain and standout wide receiver Leonte Carroo was suspended after facing assault charges in a domestic violence issue. On Sept. 16, Carroo pleaded not guilty to the charge in which authorities say he slammed a woman onto concrete after a football game.

As the AP reported, the Carroo incident “is the latest stain on a program that has seen six other players kicked off the team this month after being arrested on charges that include armed robbery and home-invasion burglary and rioting. One of the former players was also charged in two home-invasion robberies.”

All that disarray has led many who follow Kansas football to circle this week’s game at Rutgers (11 a.m. kickoff on Big Ten Network) as one of the few winnable dates on the schedule.

Column: Rutgers will be arresting foe by Tom Keegan KUsports.com

But before deciding if that’s the case, we should probably get to know the important remaining members of the Scarlet Knights, because those players will be the ones trying to extend KU’s 33-game losing streak away from Memorial Stadium. 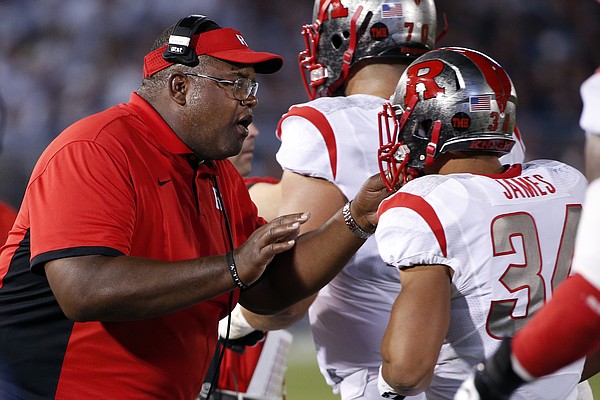 Leading Rutgers in place of the suspended Flood is interim coach Norries Wilson. RU’s assistant head coach and running backs coach opened this unenviable stretch with a 28-3 loss at Penn State this past weekend. The Scarlet Knights never reached the end zone, in part because of meager field position: on average, RU started its first-half drives at its own 16-yard line; that average barely improved in the second half, to its own 20.

But if Kansas blows any special teams coverage, Rutgers (1-2) has just the weapon to flip the field. Here are some play-makers the Jayhawks (0-2) will have to keep in check in order to have a shot at a rare road victory. 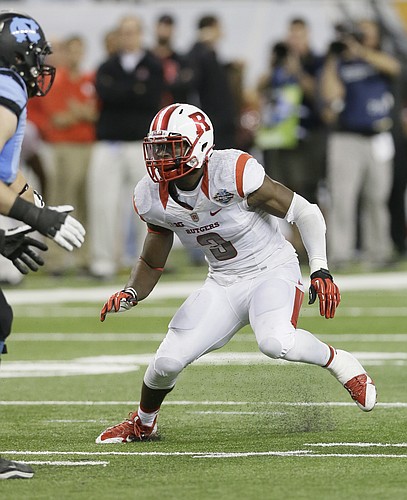 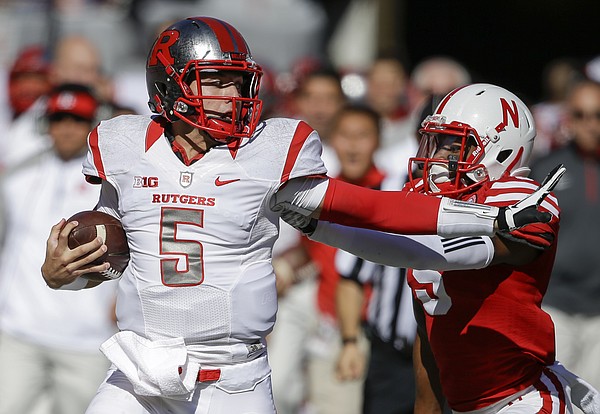 None by Ryan Dunleavy