Getting to know 16 seed Austin Peay 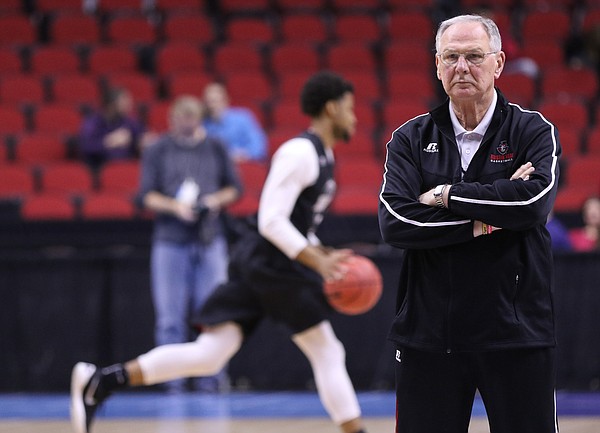 Austin Peay head coach Dave Loos watches over the Governors' practice on Wednesday, March 16, 2016 at Wells Fargo Arena in Des Moines, Iowa. The Jayhawks will take on the Governors Thursday. by Nick Krug

A No. 16 seed from the Ohio Valley Conference, Austin Peay hasn’t played in the NCAA Tournament since 2008.

The No. 1 overall seed in the field, Kansas hasn’t won the national championship since 2008.

Some meaning to that postseason eight years ago is one of the few things the two programs have in common heading into a first-round meeting in Des Moines, Iowa, on Thursday (3 p.m. tip-off, TNT).

It is going to take some March magic for APSU to have a chance at making history and becoming the first 16 seed in tournament history to defeat a No. 1.

So, according to sophomore guard Josh Robinson, playing with passion and just enjoying the moment will be as important to the Govs’ upset bid as X’s and O’s drawn up by head coach Dave Loos.

Robinson and his teammates have enjoyed themselves of late, winning six games in a row to get to The Big Dance.

“I think we feel real loose after the past six games,” Robinson said. “We’re playing really good together. We know what each other do and what we can do.”

The Govs haven’t played since March 6 but find themselves riding the program’s longest winning streak since the 2010-11 season. They shot 61% from the field in the second halves of their four OVC Tournament victories. In the title game, an 83-73 win over Tennessee Martin, APSU nailed a program-record 16 3-pointers on 31 attempts.

One of the team’s biggest offensive strengths this season has been the ability to get to the free-throw line. APSU has taken 899 from the charity stripe this year (25.7 attempts a game), ranking fourth in the nation.

However, the Govs enter the NCAAs shooting just 67% as a team on freebies. Robinson (83.2%) and freshman guard Jared Savage (81.8%) are the team’s best at the foul line, while double-double machine Chris Horton only shoots 62.6% (on team-high 281 tries).

Defensively, APSU ranks 40th in the nation in steals (6.9 a game). Senior big Horton (47 steals), junior guard Khalil Davis (41) and Robinson (35) are the ball-hawking Governors the Jayhawks should watch out for.

As for the individual talents of Austin Peay’s players, Robinson kindly offered up his take on the strengths of each member of the starting lineup, providing insight on the skills and intangibles the Governors hope to display with the college basketball nation watching.

Get to know the Govs, with the help of Robinson and some key numbers. 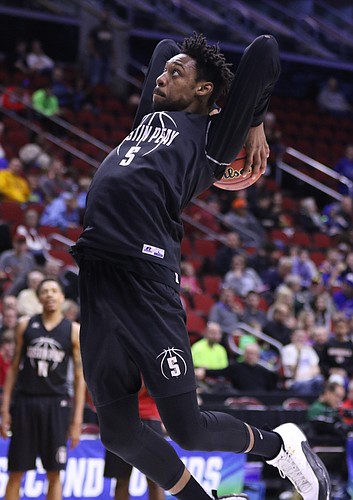 Austin Peay center Chris Horton (5) pulls back for a dunk during the Governors' practice on Wednesday, March 16, 2016 at Wells Fargo Arena in Des Moines, Iowa. The Jayhawks will take on the Governors, Thursday. by Nick Krug 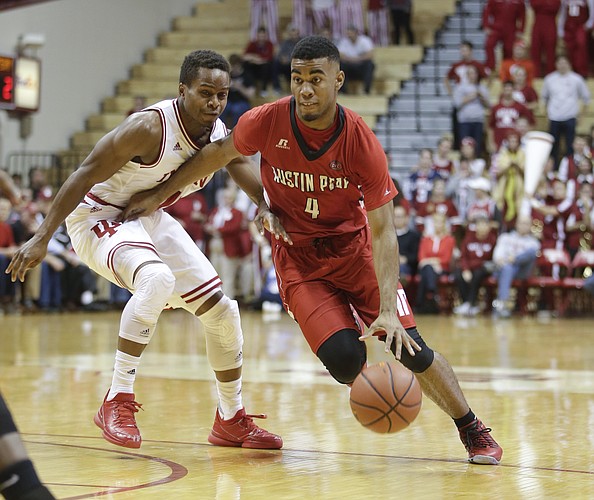 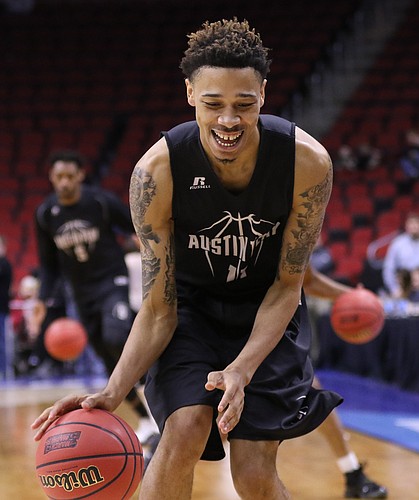 Austin Peay guard Khalil Davis (11) smiles as he and hist teammates get warmed up on Wednesday, March 16, 2016 at Wells Fargo Arena in Des Moines, Iowa. The Jayhawks will take on the Governors Thursday. by Nick Krug

Jared Savage now has a ring to match his father Jermaine Savage that won a title with APSU 20 years ago. https://t.co/xP4DzvpkvQ

None by Autumn Allison