When Wayne Selden Jr. first arrived at Kansas in 2013, some thought the Roxbury, Mass., native would play one season of college basketball and enter the NBA Draft for guaranteed money, just like his KU teammates Andrew Wiggins and Joel Embiid.

Two years after Selden rightfully stayed in college and his two teammates were taken in the first three picks, the 6-foot-5 guard heads into his own draft night with far less certainty.

Selden won’t be a lottery pick or even a first-round pick, according to draft experts. As of Wednesday afternoon, DraftExpress.com slotted Selden as the 50th overall pick, going in the second round to Indiana.

The general consensus on the 6-foot-5 shooting guard with a 6-foot-10 wingspan is that he’ll be selected somewhere in that range — mid- to late-second round.

That might not seem like an ideal set of circumstances for a player who left school early, but teams seem interested in Selden. After averaging 13.6 points, 2.5 assists and 3.4 rebounds in his junior season with Kansas, during which he shot 46.9% from the floor and 38.3% on 3-pointers, Selden was invited to pre-draft workouts with Milwaukee, Chicago, San Antonio, Houston, the Los Angeles Lakers, New York, New Orleans, Charlotte, the L.A. Clippers, Dallas, Boston, Oklahoma City and Brookly. (As you can see via the T-shirts Selden has collected during his tour, which are all posted on his Twitter feed.)

You can still be a commodity as a prospect, even if you’re not a lottery pick. Teams know what they’re getting with Selden, and while that might not be enough for one to use a first-round pick on him that doesn’t mean he’ll have an uphill battle to make a roster as a second-rounder.

Selden is explosive when healthy and his toughness and defensive ability have improved after three years of playing for Bill Self. Plus, his passing skills and floor vision often go unappreciated, and those will be useful tools for him at the next level as a backup guard trying to work his way into a secure role in some team’s rotation.

Also, in a bit of a twist, it could be possible for a second-round draft choice this season to have his agent negotiate a more lucrative deal than some first-rounders are locked into. That stems from the rising salary cap this summer and the way first-round contracts currently are structured, as reported by Dan Feidman at NBCSports.

Here’s a look at the teams which currently own second-round draft picks in the range projected for Selden. Keep in mind second-round picks get traded like crazy almost every draft night. 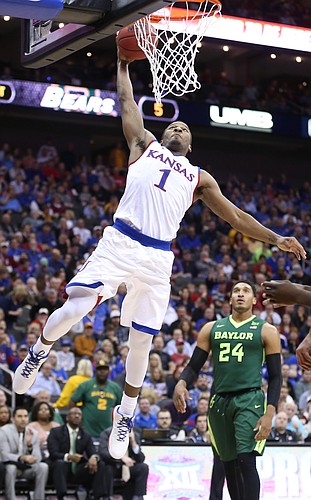 Kansas guard Wayne Selden Jr. (1) comes in for a jam as Baylor guard Ishmail Wainright (24) watches during the first half, Friday, March 11, 2016 at Sprint Center in Kansas City, Mo. by Nick Krug

Assuming Selden goes somewhere in this vicinity of the second round, let’s take a look at how he might fit in with each organization.

BOSTON, 45th pick, 51st pick — If the Celtics don’t move out of this range via trade (they enter draft day with a whopping eight picks), Selden certainly wouldn’t mind playing for his hometown team.

However, Boston does have a bit of a crowded backcourt — at this stage of the offseason at least, though any number of moves could materialize in the days and months ahead. The Celtics return all-star Isaiah Thomas, Avery Bradley and Marcus Smart, as well as 2015 first-round picks Terry Rozier and R.J. Hunter. All five guards are under contract for multiple seasons.

Thanks to the @celtics for having me. pic.twitter.com/RIwCVq6nHa

If Boston takes Selden, he would only get significant minutes as a rookie if Danny Ainge and Brad Stevens aren’t sold on the longterm viability of Hunter, a 3-point specialist, or one or more of the team’s other returning guards end up getting traded.

Should the opportunity for playing time materialize with the Celtics, I think Selden would fit in nicely as a backup guard right off the bat.

DALLAS, 46th pick — With Wesley Matthews, one of the league’s better unheralded shooting guards, in the starting lineup, there probably won’t be a lot of minutes for a backup with the Mavericks.

Then again, that could be a perfect situation for Selden. Matthews would be an ideal tutor for the KU rookie and Selden could gradually attempt to turn into Matthews 2.0. They’re similarly built, and while Matthews is for sure a better 3-point shooter, one could see Selden getting better in that area.

ORLANDO, 47th pick — Already young and up-and-coming in the backcourt, the Magic might have too many players in that category to add another in Selden.

Victor Oladipo, Elfrid Payton and Mario Hezonja all return for Orlando, which also has veteran C.J. Watson and seldom-used Shabazz Napier under contract.

Should the Magic draft Selden, it seems it would be for insurance purposes, in case one of the established players suffered an injury. In a best-case scenario for Selden in Orlando, he would prove athletic and versatile enough to be the No. 4 guard.

Again, this would be a case where Selden could learn from a great guard, assuming Chicago doesn’t blow the whole thing up and trade Butler, too.

Assuming the Bulls keep Butler and Selden absorbs all the NBA knowledge he can from the rising star, it could prove great for Selden’s longevity and effectiveness in the years ahead.

DETROIT, 49th pick — A 23-year-old shooting guard coming off his best season, the Pistons’ Kentavious Caldwell-Pope is solidified as the team’s starter.

But Detroit could use some bench help at the position, especially when you consider Jodie Meeks missed almost the entire 2014-15 season due to injury. Who knows how effective Meeks, a 3-point specialist, will be next year.

Selden could, in theory, be a more complete player than Meeks and thereby making up for what he lacks in professional experience. But if Meeks is at 100% and he produces from downtown, it would be hard for Selden to break into the rotation. 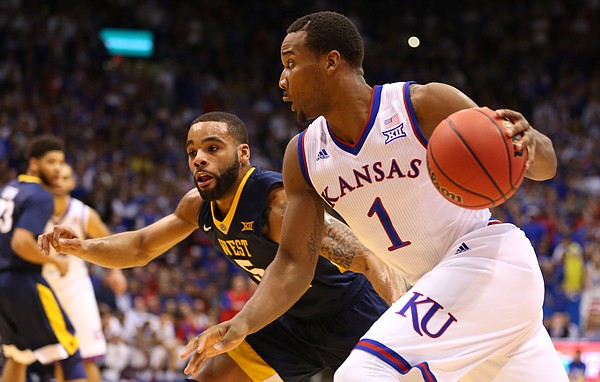 INDIANA, 50th pick — The Pacers already have a pair of veteran shooting guards in Monta Ellis and Rodney Stuckey. And while both are more combo guard than true 2-guards, they combined to play more than 50 minutes a game last season.

Additionally, when Indiana traded Wednesday for Jeff Teague it made it a lot less likely for the team to be forced to use Ellis and Stuckey at point guard.

If Selden gets picked by the Pacers, he’d have a long way to go before becoming part of the rotation.

UTAH, 52nd pick — Shooting guard Alec Burks has only played in 58 games over the past two seasons, so the Jazz might at least think about adding an insurance policy at the 2-guard during some portion of the offseason.

But if Burks finally bounces back health-wise, there would be almost no playing time available for another player at that position, behind Rodney Hood, coming off a monster second season, and veteran Shelvin Mack playing both guard spots.

Personally, I think Utah would go another direction with this pick.

DENVER, 53rd pick — Will Barton and Gary Harris are more than capable shooting guards. The Nuggets’ versatile roster also features forwards who fill in in the backcourt: Danilo Gallinari and Wilson Chandler.

This is another team that probably doesn’t need Selden, but sometimes organizations just take their highest-rated player available, regardless of what the rest of the roster looks like.

ATLANTA, 54th pick — The Hawks could lose high-energy wing Kent Bazemore in free agency this summer. If so, you could see Selden finding a spot in Atlanta’s rotation.

Shooter extraordinaire Kyle Korver might be on the back end of his career, but figures to be penciled in as the Hawks’ starting 2-guard. After that, defensive specialist Thabo Sefolosha, who also plays small forward, and Tim Hardaway Jr., who only played 16.9 minutes last season, are the other options.

Selden already is physically stronger than Hardaway, which wouldn’t automatically mean he deserves equal or more consideration. Still, the KU rookie would seem to have a shot.

But if Bazemore comes back, Selden could spend a lot of time on the end of Atlanta’s bench.

— PODCAST: How many Jayhawks will be taken in the 2016 NBA Draft?