Getting to know Oklahoma before KU's mega Monday showdown 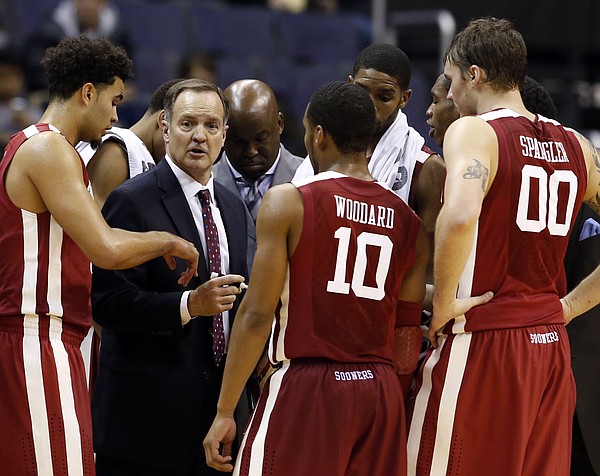 Oklahoma head coach Lon Kruger talks to his team during a timeout in the second half of an NCAA college basketball game in the BB&T Classic against George Mason, Sunday, Dec. 8, 2013, in Washington. Oklahoma won 81-66. (AP Photo/Alex Brandon)

It’s only the first week of January, so there just might be plenty of mega college basketball matchups to devour in the months ahead. But for now, there is no bigger game in the nation than the coming Big Monday showdown between one-loss Kansas and undefeated Oklahoma.

Of course, knocking off the Sooners won’t be easy. Oklahoma is one of the three teams in the nation without a loss — SMU and South Carolina are the others.

Whichever team leaves Allen Fieldhouse on top, the 40-minute battle should feature plenty of points and a barrage of 3-pointers. OU ranks 3rd in the nation in 3-point shooting (45.3%), behind only Kansas (46%) and St. Mary’s California (46.006%).

Four different Sooners are shooting 42.5% or better from 3-point range, with at least 25 attempts.

The last group of Sooners with a better start to the season was the 1987-88 team (14-0), which advanced to the national title game and lost to Kansas.

As the Jayhawks attempt to become the first team to knock off OU this year, here are the Sooners they will have to find a way to keep in check. 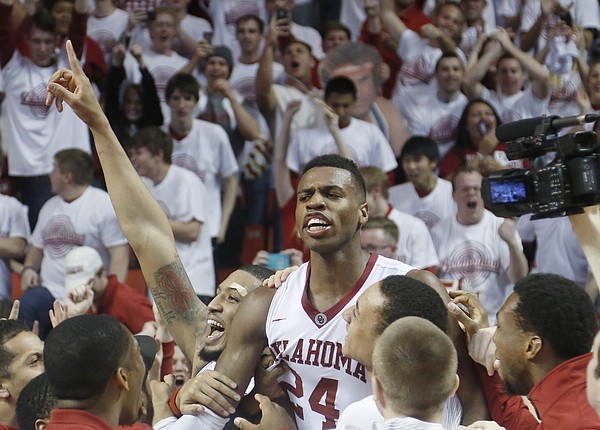 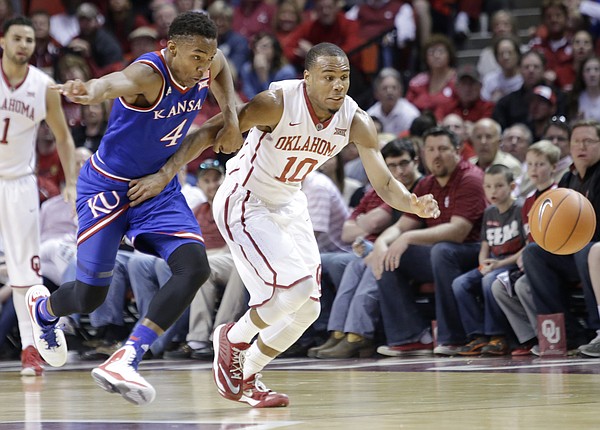 Kansas guard Devonte’ Graham (4) and Oklahoma guard Jordan Woodard (10) race to a loose ball in the Jayhawks 75-73 loss to the Oklahoma Sooners Saturday in Norman. by Mike Yoder 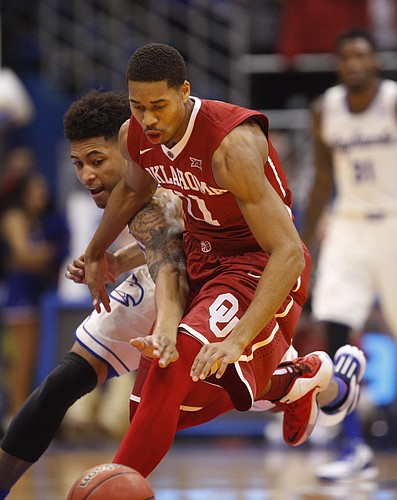 Kansas guard Kelly Oubre Jr. reaches through for a steal against Oklahoma guard Isaiah Cousins (11) during the first half on Monday, Jan. 19, 2015 at Allen Fieldhouse. by Nick Krug 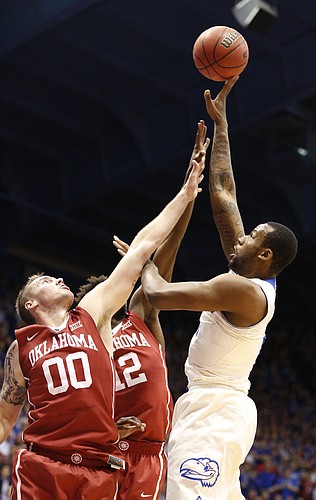 Kansas forward Cliff Alexander (2) turns for a shot over Oklahoma forward Ryan Spangler (00) and forward Khadeem Lattin (12) during the first half on Monday, Jan. 19, 2015 at Allen Fieldhouse. by Nick Krug 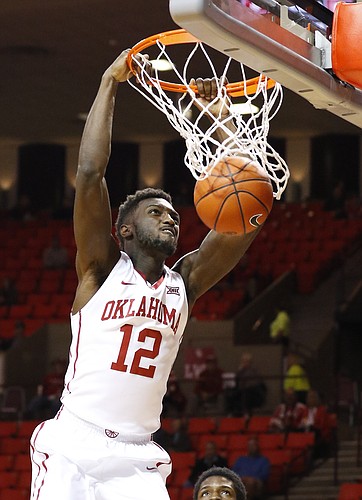 Dinjiyl Walker provided a boost off the bench with 10 points in yesterday's win for the #Sooners. #BoomerSooner pic.twitter.com/xO3vCxne8A

None by Sooner News Daily

Great article. I am a Sooner fan.

In what universe, on which planet is Kansas, who has one loss, rated above Oklahoma who is undefeated?

Oh, in the local rag. I guess the manufacturers of newsprint ink benefit from this inconsistency. The local media likes to aggrandize the "local boys" above others, no question here.

But who does these polls? The same dorks who think Donald Trump would make a good presidential candidate??

I have to laugh at all this "polling" stuff, it is such a pointless waste of time. The only thing that really counts is the final numbers in the election and on the scoreboard. Tonight.

Until then, well, keep on polling. You really need something creative to do to occupy your time.

The people who do these polls are just sports journos all over the country. Whether or not the polls mean anything is up to the observer. Polls are a waste of time in the same way watching young men play a game is a waste of time. It's another stat to keep track of. None of it means anything but it's fun.

have you seen our lineup? these polls are not just based on your record, they are based on the team make up and where they should be ranked in the polls. AP is a more official ranking as opposed to the USA Today poll

The same dorks who said "Superfly" was a good movie when only the soundtrack was any good.

Tell you what, Fred: I, as a KU Jayhawk fan, bequeath the #1 spot - the top dog distinction - to Oklahoma.

As you say, it is just a number until the final game.

To be honest: both teams are capable of going the distance this year. However, given that it has been such a long time since Oklahoma has been in this rarified air, go ahead and enjoy the number.

We will just wait to see what numbers are finally assigned to our respective teams at the end of the year.

Well, Eddie I do see some reason in your statement. I guess it makes good news reporting.

But I really get steamed at the take that so many folks seem to get from all this "polling". The only thing that really matters are the numbers on the scoreboard at the end of the game, and not the wish list of sports reporters. What have you actually done lately, this year??

But it sells newspapers.(I guess) (?)

What is the other reason for a newspaper's existence?