Getting to know TCU, which has struggled offensively and on the road 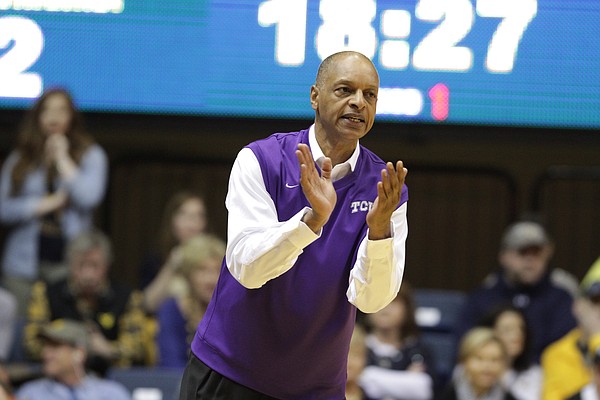 TCU hasn’t done too well away from home this season, and coach Trent Johnson’s Horned Frogs will have an annoyed bunch of Jayhawks waiting for them at Allen Fieldhouse on Saturday, after No. 1 Kansas lost at West Virginia earlier this week.

Ranked 148th in the nation by kenpom.com, TCU is the worst team in the Big 12, according to college hoops’ math wizard. (Oklahoma State ranks 85th and the rest of the league falls in the top 60, including No. 2 Kansas, No. 3 Oklahoma and No. 5 West Virginia.)

Kenpom.com ranks TCU’s adjusted offensive efficiency 258th in the country, so as long as the Jayhawks — who are limiting Big 12 foes to 38.8% shooting — have regrouped from their poor showing at WVU, it’s hard to imagine the Horned Frogs ending KU’s 32-game home winning streak at Allen Fieldhouse. 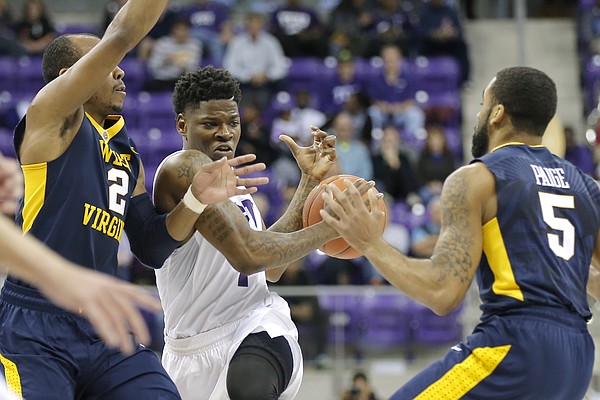 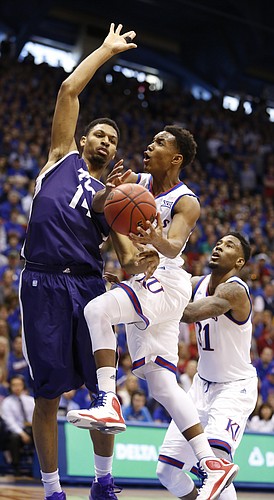 Kansas guard Devonte Graham (4) gets to the bucket against TCU center Karviar Shepherd (14) during the first half, Saturday, Feb. 21, 2015 at Allen Fieldhouse. At right is Kansas forward Jamari Traylor. by Nick Krug 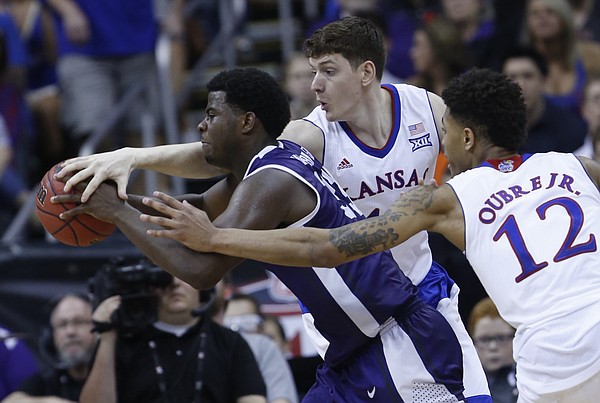 2 days until @TCUBasketball!!! #2 for TCU is Michael Williams! He's a 6'2" guard from San Antonio, TX! pic.twitter.com/tfePemKzzj

None by TCU Purple Haze 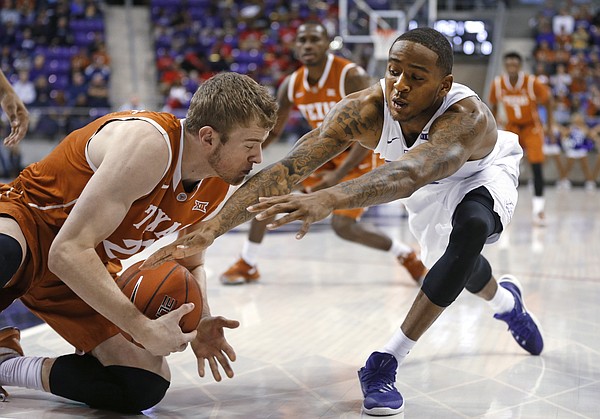 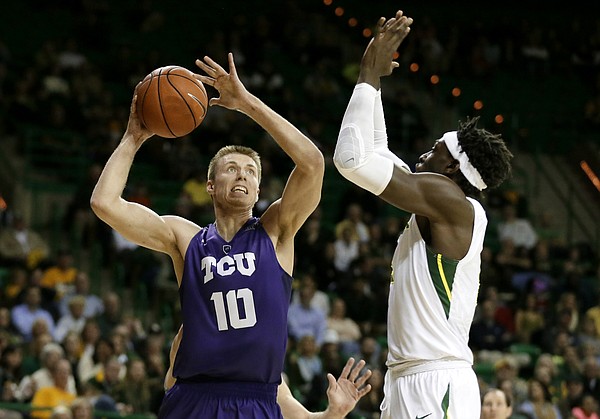 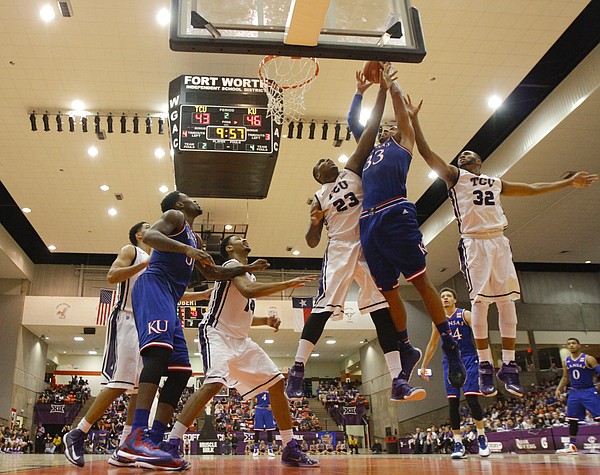 Kansas forward Landen Lucas (33) is fouled on his way to the bucket while defended by TCU Horned Frogs forward Devonta Abron (23) and guard Trey Zeigler (32) during the second half at Wilkerson-Greines Activity Center on Wednesday, Jan. 28, 2015 in Fort Worth, Texas. by Nick Krug