Getting reacquainted with Texas Tech 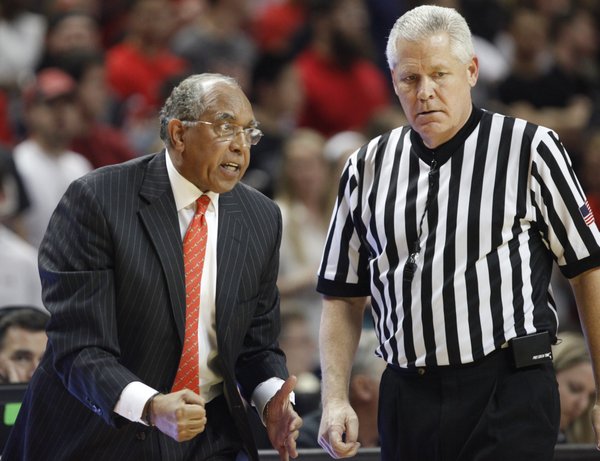 Tubby Smith's Texas Tech men's basketball team nearly had one of the upsets of the 2013-14 season on Feb. 18, at Lubbock, Texas.

That was before Kansas freshman Andrew Wiggins scored the winning basket of a 64-63 victory with just more than a second to go.

Both Wiggins and center Joel Embiid turned out to be fortunate freshmen in the final minute, and the Red Raiders lost their second game of what is now a five-game skid, entering tonight's rematch at Allen Fieldhouse vs. the No. 8 Jayhawks (22-7 overall, 13-3 Big 12).

Texas Tech (13-16) is just 5-11 in the Big 12, but as anyone who watched the Red Raiders nearly knock off KU could attest to, they are far more competitive this season under first-year coach Smith. In their 11 conference defeats, they've lost by an average margin of 7.4 points. Last season, Tech dropped 15 Big 12 games by an average of 21.4 points.

Tech does a few things well, and most of its success comes due to a commitment to playing at a methodical pace, which limits possessions and chances for its opponents. In Big 12 games, the Red Raiders are:

While Tech is just 6th in Big 12 games in the category of offensive rebounds (11.0 a contest), the number is deceiving because the Red Raiders play at a slower pace, so there are fewer shots taken — and therefore fewer rebounds available — in their games than in those played between other Big 12 teams.

Against Kansas, the Red Raiders earned just more than half of their 25 rebounds on the offensive glass (13, compared to 12 defensive boards), leading to 14 second-chance points for Tech.

That glass work has helped Tech become one of the more prolific teams in the nation at scoring inside the 3-point line. The Red Raiders score 58.3 percent of their points on 2-point field goals — 18th in the country.

Just one Red Raider consistently takes and makes a high volume of 3-pointers, and he comes off the bench. On that note, let's get reacquainted with Texas Tech. 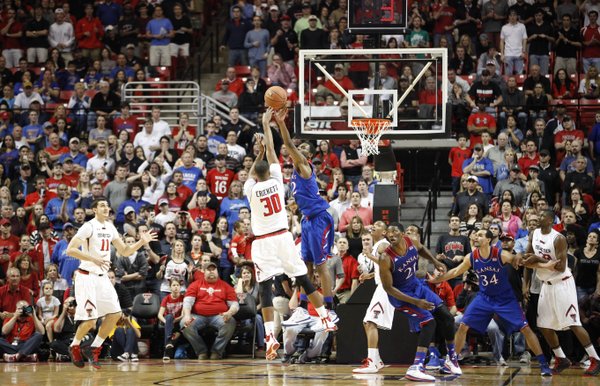 A huge chunk of Tech's inside-the-arc offense comes from its leading scorer. Crockett averages 13.6 points and 6.3 rebounds, and has made 51.2% of his shots this season.

However, Crockett's production has dropped off the past three games, as he has battled tendinitis in both knees.

Since scoring 10 against Kansas, he had six points in 26 minutes at Oklahoma State, 8 points in 32 minutes vs. Kansas State and 1 point in 18 minutes at Baylor. 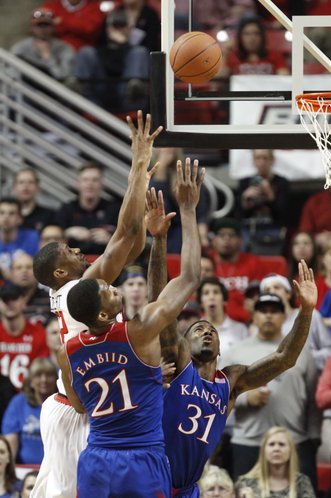 Kansas players Joel Embiid and Jamari Traylor defend a shot from Texas Tech forward Jordan Tolbert during the second half on Tuesday, Feb. 18, 2014 at United Spirit Arena in Lubbock, Texas. by Nick Krug

Now 20 points shy of 1,000 for his career, the junior averages 10.9 points and 6.0 rebounds this season. He has started five games against Kansas during between his freshman season and now, and averages 10.6 points against the Jayhawks.

Like Crockett, Tolbert scores efficiently inside the arc. A 55.6% shooter from the floor overall, he is one of the more experienced players in the Big 12 and has converted 60% of his 2-point attempts.

In his past two games, though, Crockett has made just three of his 12 field-goal attempts, and is averaging 7.5 points a game, scoring 66.6% of his points at the free-throw line.

Turner made 6 of 7 2-point attempts at Baylor his last time out, and is a 41.1% shooter overall this year. 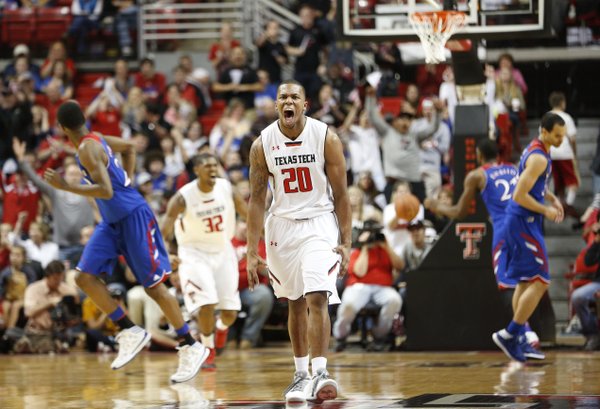 At different times this season, he has played all three positions on the perimeter, and averages 7.6 points, 3.0 rebounds and 2.0 assists.

Gotcher has averaged 9.0 points a game in his past three, since getting shut out vs. Kansas.

From the floor, he has made 40.5% of his field goal attempts. 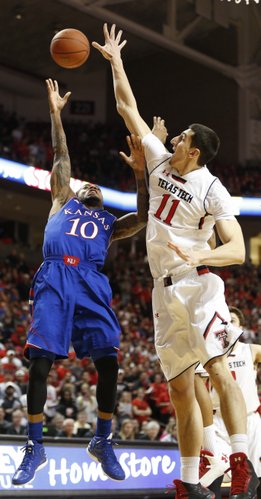 Texas Tech forward Dejan Kravic extends an arm in the face of a shot by Kansas guard Naadir Tharpe during the first half on Tuesday, Feb. 18, 2014 at United Spirit Arena in Lubbock, Texas. by Nick Krug

The big man, as you might assume, basically lives inside the arc offensively. He has only tried a pair of 3-pointers this season. His field-goal percentage is 49.7% for the year and 51.7% in Big 12 action.

Kravic averages 7.0 points and 4.3 rebounds on the season. 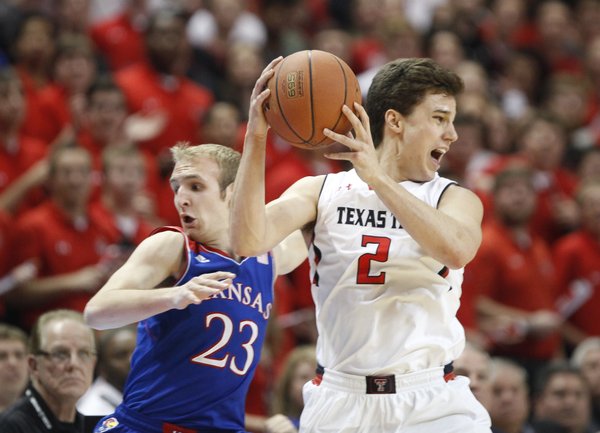 Kansas guard Conner Frankamp heads out of bounds as Texas Tech guard Dusty Hannahs tries to save the ball during the first half on Tuesday, Feb. 18, 2014 at United Spirit Arena in Lubbock, Texas. by Nick Krug