Here’s how Charlie Weis’ juco gamble is looking so far 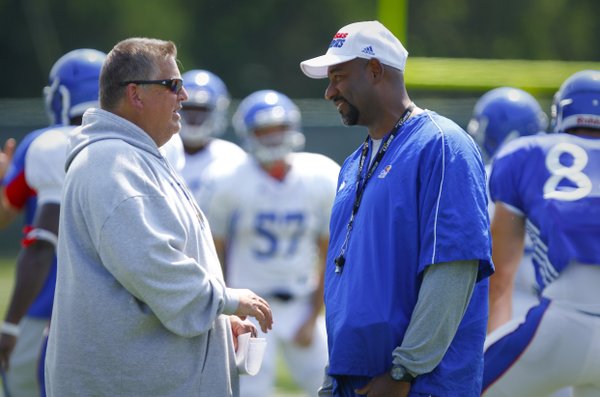 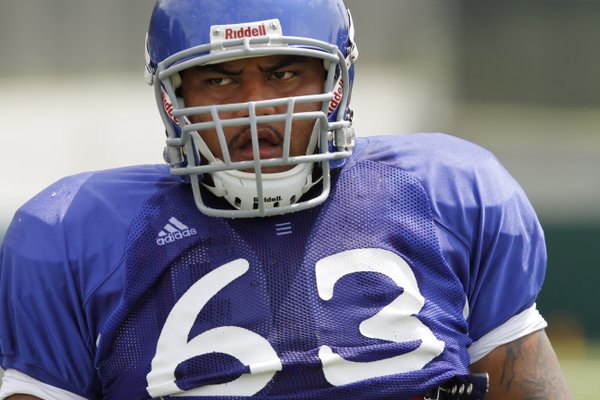 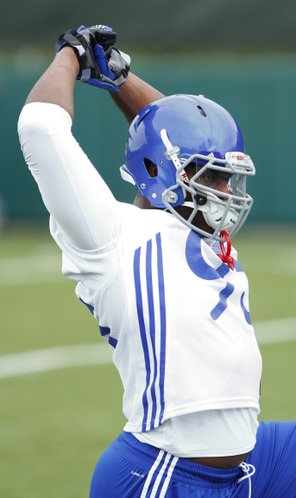 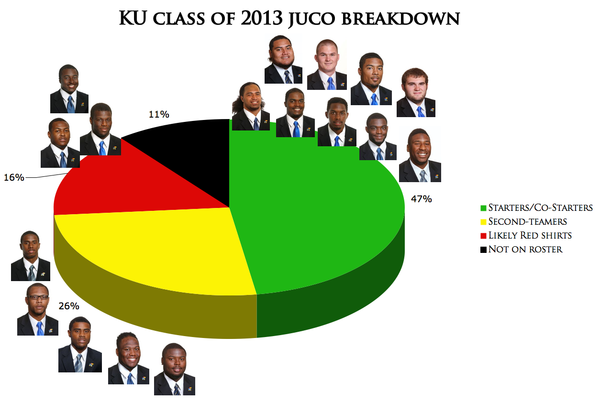 The Sideline Report with Marcus Jenkins-Moore

Today's Sideline Report is with Kansas junior linebacker Marcus Jenkins-Moore, who will sit out the 2013 season after suffering a knee injury in the summer. 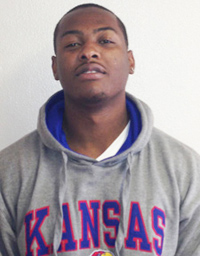 Jesse Newell: Who’s the funniest teammate you have? 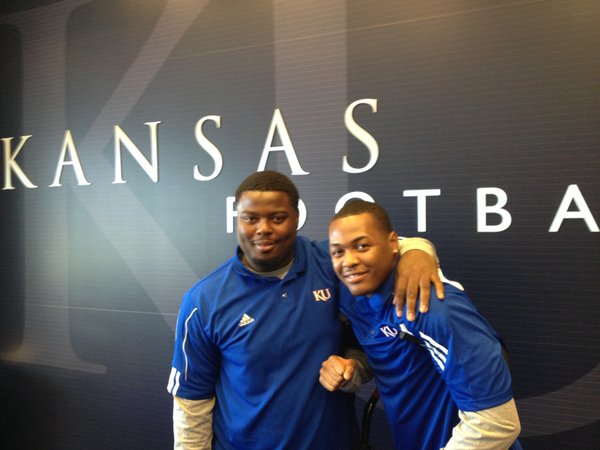 Kansas University defensive tackle Marquel Combs, left, and linebacker Marcus Jenkins-Moore, juco teammates at Pierce College, are leaning on each other in their first season at KU. The pair hope to reunite on the field next season, when Jenkins-Moore will return from a knee injury. by Matt Tait

JN: Is he even funnier in person?

MJM: In person? He’s funny anywhere. I’m with him 24/7, so my jaw is hurting from laughing so much. Real talk.

JN: What do you guys do together?

MJM: We just hang out. Play games. I haven’t beat him in 2K. He’s a really good 2K player.

JN: Do you play as a bad team?

JN: What do you remember about the first time you met Charlie Weis in person? 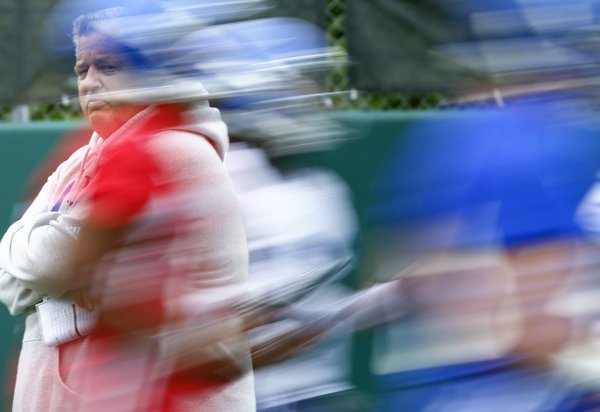 Kansas head coach Charlie Weis is seen behind a blur of players running through warmups during the first day of football practice on Thursday, Aug. 8, 2013. Nick Krug/Journal-World Photo by Nick Krug

MJM: The first time I met coach was when I came on my visit. I went up to his office, saw him. I was like, ‘OK, it’s real. It’s real.’ After seeing him on TV every Saturday on NBC, to finally get to meet him … the guy offered me a scholarship. It was a blessing.

JN: Kind of a crazy moment, then?

JN: Who’s a person you admire?

MJM: My mom. She’s strong. After she heard what I’ve been through (with a season-ending knee injury), she didn’t cry. I did, but she didn’t. She just encouraged me to keep moving, stay strong, do what I’ve got to do to get back. All the stuff she’s been through, being a single parent, dealing with me … I admire her the most.

JN: Were you tough to deal with growing up?

MJM: I was. I was a little hard-headed, but she got through to me, told me what I had to do.

JN: What makes her so strong?

MJM: She’s been working at one job for 36 years. She had a tough time growing up. She told me some things she’s been through, and I was like, ‘Man.’ I didn’t know until she told me. I just see her as one of those parents that doesn’t ever give up on their kids.

JN: What’s a food you can’t live without?

MJM: Chicken. If I don’t have chicken, I’m not living. (laughs)

JN: Is there any restaurant that does that best?

MJM: Back home (in Memphis), we’ve got this place called 'Big Momma’s.' 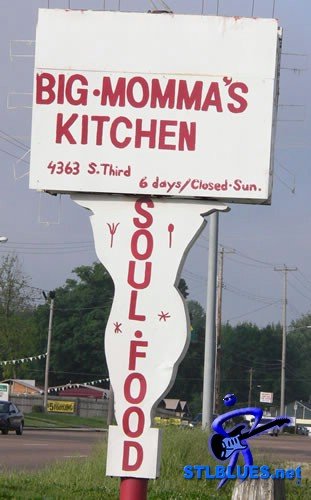 JN: Are they popular?

MJM: It’s popular in the city. If you come, you’ll see.

JN: What’s something that not many people know about you?

JN: What scores are we talking here?

JN: What was the toughest part about the injury for you?

MJM: Thinking about it. Just thinking about my whole situation: what I’ve been through to get here. It was really hard for me.

JN: When you called your mom, how did that conversation go?

MJM: Man. I started crying. I didn’t want to tell her. She asked me, ‘What’s wrong?’ I said, ‘Something bad happened to my knee.’ She was just encouraging me the whole time. She was like, ‘I don’t care what happened. Everything’s going to be all right. Just keep praying.’ And that was it.

JN: Was he your favorite growing up?

MJM: Yeah. I used to watch him and Donald Duck. Him, Donald, Bugs (Bunny). I’m a Mickey Mouse fan, too.

JN: If I walked into your room, what’s something that would stand out to me?

MJM: My shoes. I’m an Air Force Jordans guy. People are like, ‘Dang, why do you have so many shoes?’ And I don’t even wear them all.

JN: How many you have?

MJM: Right now, I’ve probably got like 15. Well, you know, I couldn’t take everything from Cali.

MJM: Man, they are cracking up. Professor Oglevee (laughs), he’ll be dissing Nikki. But it’s funny, though. It makes me laugh.

JN: What’s something unexpected about Lawrence that you didn’t know until you got here? 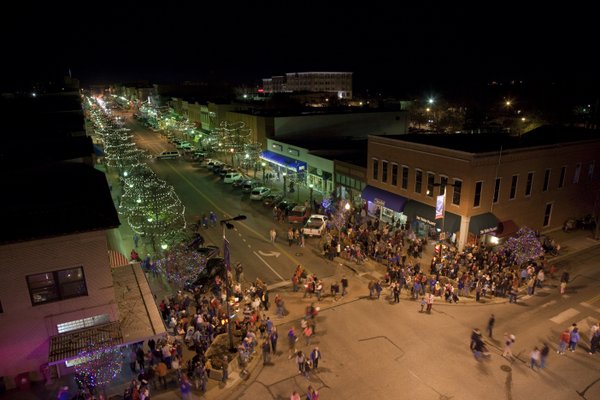 The Holiday Lighting Ceremony along Massachusetts Street kicks off Friday night with clear weather and a crowd. This photo was taken from the roof of Weaver’s Department Store, 901 Mass., facing north. by kevin-anderson

JN: Is there anything interesting or unexpected that I’d find in your refrigerator?

MJM: Unexpected … I’m not a yogurt guy, but I just started eating it. Interesting would probably be Kool-Aid.

MJM: Kool-Aid’s the thing, man. Kool-Aid will take you as far as you want it, but you’ve got to have sugar. You can’t drink Kool-Aid without sugar.

JN: But that makes it look kind of brown, doesn’t it?

MJM: Nah. If it’s green, it’s going to be green, because it’s yellow.

JN: Oh, the yellow mixes into it.

JN: What do you hope to accomplish before your career is over at KU?

MJM: Just to build this program back up.

Just to get all the people off coach Weis’ back. Everybody’s doubting him, so I want to be a part of the team that helped him accomplish something big — (when) people weren’t planning on us to even be a talked-about team in the nation. I just want to help him have that story from what he did with this team a year ago to what we’re going to be.

And, you know, I want to be a cool guy. I like people. As long as they’re nice, it’s cool.