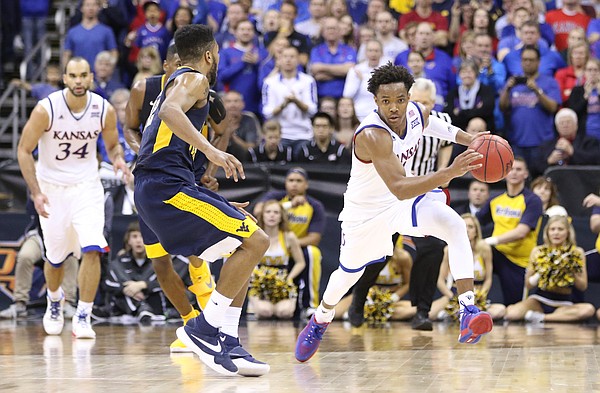 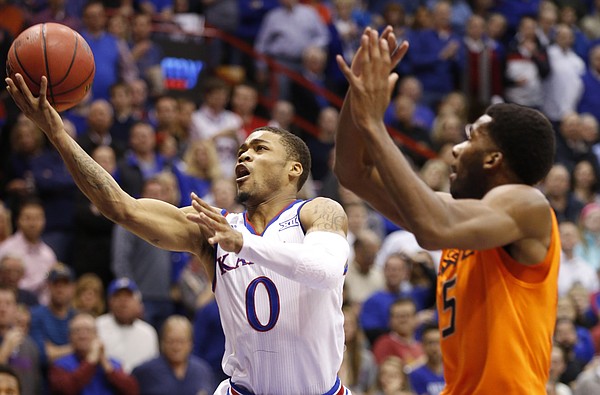 1 - Frank Mason III: Made just 1 of 5 three-pointers, but it was a big one on his way to 16 points and a game-high nine rebounds. Devonté Graham’s return figured to result in more rest for Mason, but the two small guards played so well together that Mason ended up playing 38 minutes.

2 - Kelly Oubre Jr.: When he puts it on the deck, it very often results in him drawing a foul. He made just 7 of 12 free throws and scored 14 points to go with three assists, four turnovers, a blocked shot and a steal.

3 - Deveonté Graham: Did a very nice job of guarding Phil Forte and was aggressive getting to the paint at the other end. Had nine points and three assists in 21 minutes and did not turn it over.

4 - Cliff Alexander: Flexed after a jaw-dropping jam over defender and was whistled for a technical during a productive first half. Picked up his third foul with 14:28 left in the game and never came back in.

5 - Wayne Selden Jr.: Another quiet night for the sophomore guard. Had six points, three rebounds, no assists. Blocked two shots and did a nice job of staying with Oklahoma State sharp-shooter Phil Forte most of the time.

6 - Perry Ellis: Did a nice job in the first half guarding Le’Bryan Nash, holding him to two of his 21 points, but continued his offensive struggles. He made 1 of 8 shots and committed five turnovers.

7 - Landen Lucas: Always hustles for rebounds and had  four more of those in 12 minutes and scored four points, two at the free-throw-line, two on an uncontested dunk. Has just two assists this season, but that’s a little deceptive because he never faces a double-team. Has trouble scoring on defenders down low and tends to get his shot blocked a lot.

9 - Brannen Greene: Didn’t go hard enough after a rebound, forced a three at the other end and never came back in the game. Played three minutes. Saving the worst for last here, he did not show good body language on the bench.