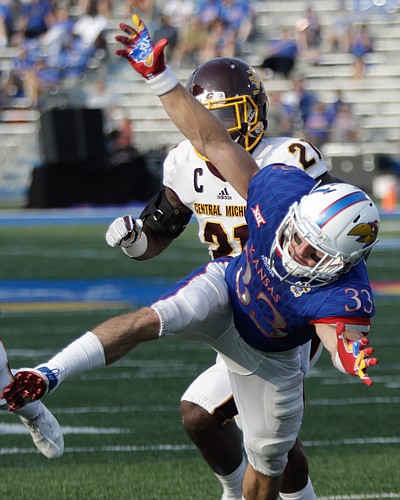 2 - Dom Williams: Played the entire way as if the game were tied and rushed for 64 yards and two touchdowns in his second game out of high school. Also caught five passes for 42 yards.

3 - Joe Dineen: Did a nice job of getting into the backfield early and finished with 12 tackles (nine solo), 2.5 tackles for loss and one quarterback hurry.

5 - Dorance Armstrong: Made seven tackles, including 1.5 behind the line. Still in search of first sack of season. Team went without one Saturday.

6 - Daniel Wise: Made three solo tackles, one behind the line, and batted a pass to the turf.

7 - Ben Johnson: Made seven receptions for 57 yards and showed speed hustling into position to make key block on Schadler’s touchdown.

8 - Chase Harrell: Caught three passes for 39 yards and had fumble recovery on punt.

Tom, I definitely don't envy you your job on this article.

Loneckers lack of being on this list speaks volumes for a bad defense.

Wasn't Wise whistled for a roughing the passer penalty on a third down inc that gave them a second chance and TD. Those sort of errors need to be recognized as negatives that demote.