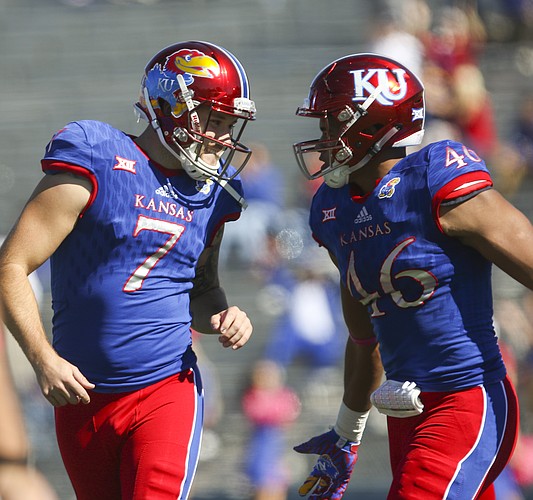 1 - Cameron Rosser: Playing the hybrid linebacker/defensive end position, sometimes spying quarterback Ken Hill, the former walk-on applied relentless pressure and made four tackles behind the line of scrimmage for 16 yards in losses, nine coming on a pair of sacks of Hill.

2 - Brandon Stewart: Picked off two passes and broke up another. As cornerbacks coach Kenny Perry predicted when he recruited him, Stewart is a much better senior than junior. “He’s starting to get healthy,” head coach David Beaty said. “He looked like a real guy out there today.”

3 - LaQuvionte Gonzalez: Uses excellent speed to get open, great agility to react to throws and uses sharp cuts to gain yards after the catch. He caught eight passes for 131 yards.

4 - Dorance Armstrong: Team’s best player had his hand in everything yet again. He was the first player impressed TCU coach Gary Patterson found afterward for a handshake. Armstrong was creditd with a sack, a forced fumble and two quarterback hurries. He moves more like a safety than a defensive end.

5 - Keith Loneker Jr: Starting in place of injured Marcquis Roberts at linebacker, Loneker looked pretty much the same as when he was wearing uniforms belonging to Free State and Baker University, which is to say all over the field making plays and making them hurt the player with the football. Playing football for Kansas means a lot to Kansas natives and it shows. Broke up two passes and was in on seven tackles, one for a loss.

6 - Courtney Arnick: His photo was on the program and his name was all over the loudspeaker. Two of the nine tackles he was in on were for losses.

7 - Shakeim Barbel: Former walk-on had nine receptions for 94 yards, one for 32 yards.

8 - Steven Sims: Targeted 10 times, he made nine catches for 101 yards, many coming against strong coverage.

9 - Greg Allen: Patiently looked for openings and used them to return an interception 20 yards to the TCU 25.

10 - Taylor Martin: Went off script on a run near the goal line and it backfired badly, but showed quick bursts often enough to rush for 62 yards and a touchdown and had a touchdown reception that was nullified by a holding penalty on the other side of the field. Encouraging performance.

Armstrong is well on the way to making the All-Big 12 First Team.

I just listened on the radio, and they kept mentioning that Cameron Rosser didn't play high school football. Seems like they called his name all day long. What a find!