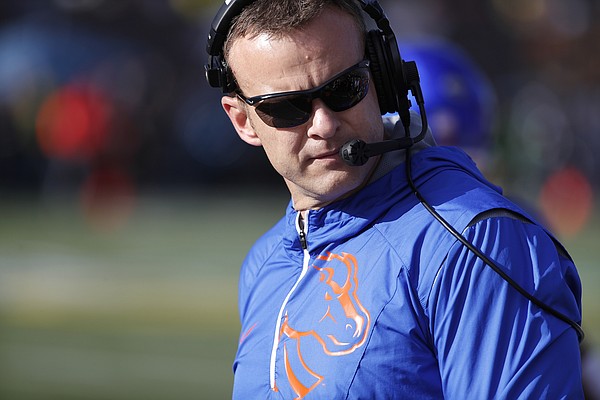 Schools shopping for a head football coach are not unlike investors trying to decide which company’s stock to purchase.

Ideally, an investor wants as many evidence as possible about a company, but wait too long and the bargain disappears.

Similarly, a school wants to know that a coach is not just benefiting from a talented quarterback for a few years and has the whole package that leads to predictable success. But wait too long to hire that coach and a school with a better winning tradition might fly into the picture and scoop him up.

The coach is in a similar position. He might be offered a big raise, but if he believes in himself, he might want to wait another year for a better opportunity.

Not every coach who could get a significant raise to coach Kansas would be interested in taking on the challenge and KU won’t want to woo a lukewarm candidate with money.

In building this list, I tried to limit it to candidates who likely will be interested, but some might want to hold on for an offer from a school with a deeper winning tradition.

Today’s candidate would have been higher on this list if the chances of landing him were greater.

Why he made the list: The second coach in this series who received his first break as a head coach from Arkansas State athletic director Terry Mohajir, Harsin leads the nation’s highest-profile “Group of Five” program and has done an outstanding job with the opportunity.

In four seasons at Boise State, Harsin has a 3-1 record in bowl games and has won two Mountain West titles.

Harsin, 41, played quarterback at Boise State and started his coaching career as a graduate assistant to Dan Hawkins at his alma mater. Harsin was promoted to offensive coordinator at the age of 29. Can you say prodigy?

He spent two seasons as an assistant at Texas (2011-12) and one season as head coach at Arkansas State.

One statistic related to Harsin speaks louder to Kansas football fans than all the other combined. Playing quarterback for both Charlie Weis and David Beaty, Montell Cozart threw for a combined 14 touchdowns and 19 interceptions. In one season as a frequently used reserve, Cozart threw 10 touchdown passes and one interception.

Sure, Cozart had better protection and receivers at Boise State, but such a humongous statistical disparity reveals that Harsin and his staff knew how to put Cozart in positions to succeed, which is what coaching is all about.

Sounds like a Boise State guy through and through but those are some good numbers there.

Yogi's career advice to him would have been: Your career ain't broke. Don't fix it.

Oh boy another not so veiled shot by Tom at the KU coaching staff. Lol. Will he ever quit? Yes. When a new coach is hired. 🤣