Kansas not attempting many free throws this season 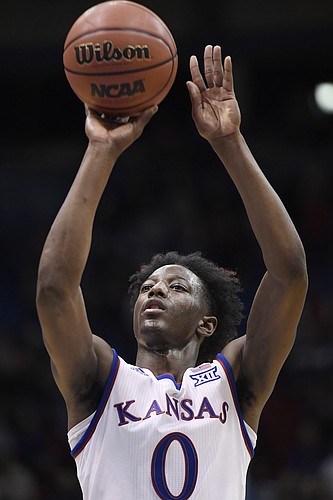 If Kansas basketball games seem to fly by faster this season there is a good reason for that. The games seldom are slowed down by whistles that put Jayhawks at the free-throw line.

Kansas always plays fast and you can't foul what you can't catch, but even by KU's standards, free-throw attempts are way down. KU is shooting more 3-pointers, don't have a low-post threat through whom the offense runs and the guards tend to drive to dish more than to score.

Those are all factors in Kansas ranking 350th in Div. I in percentage of free throws attempted compared to field goals attempted, one of many statistics tracked at kenpom.com, with a ratio of 19.6 percent.

Lagerald Vick leads this year's team in free-throw attempts with 20 in nine games, an average of 2.2 per game, the lowest for a team leader during the Bill Self era.