Report: Mario Chalmers and Kirk Hinrich to work out with Cleveland 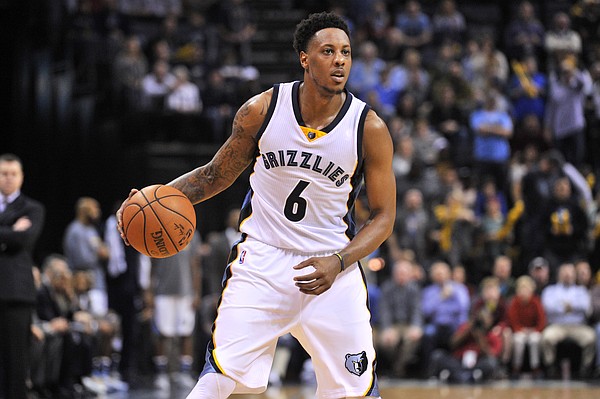 LeBron James isn’t happy with the state of Cleveland’s roster, what with the defending NBA champions going 7-8 in January. Perhaps adding a former Kansas basketball player to the mix will appease The King.

ESPN’s Chris Haynes reports a pair of free-agent Jayhawks, Mario Chalmers and Kirk Hinrich, will work out with the Cavaliers Wednesday.

James last week went public with his concerns about the team’s lack of depth, stating the Cavaliers need another experienced play-maker. Chalmers, who tore his right Achilles while playing with Memphis in March of 2016, long served as a role player on James’ championship teams in Miami. The 30-year-old guard has spent the past several months rehabbing, with the possibility of pouncing on this type of mid-season opportunity in mind.

Unlike Hinrich, who played sparingly for Chicago and Atlanta during the 2015-16 season, Chalmers remained a key contributor when last he appeared in the NBA. Though Miami had moved on from the former KU standout, he thrived in Memphis as a backup guard in a scoring role.

On the way to Cleveland. Lets get it.

In 55 games with the Grizzlies before suffering a season-ending injury, Chalmers averaged 10.8 points and 3.8 assists in just 22.8 minutes off the bench, while shooting 41.7% from the floor and 32.6% from 3-point range.

ESPN reports Lance Stephenson and other free agents will attend the workout, too, as the organization looks to fill an empty roster spot and give James and company some bench support. 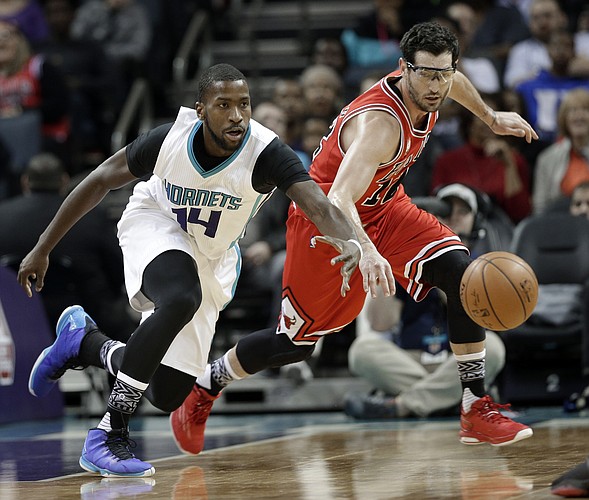 Hinrich, now 36, played a career-low 13.7 minutes last season and didn’t generate much interest in free agency this past summer — when teams had to pass on Chalmers because he was just a few months removed form a major knee injury.

In 11 games with Atlanta last season, Hinrich only played 6.9 minutes a game and made just 2 of his 11 shot attempts while contributing mostly at practices and behind the scenes.

Just 26, Stephenson might have two young legs up on Chalmers and Hinrich. A year ago, he too proved productive in Memphis, averaging 14.2 points and 2.8 assists. Stephenson signed with New Orleans before the current season began, but didn’t stick after playing just six games.

As long as Chalmers is healthy, odds are he’ll find a spot with a playoff team in the weeks ahead, even if Cleveland goes another direction. He has championship experience and is mature enough to fit in with a new group and take on whatever role is handed to him.

Hinrich, of course, would be a fine addition to any team’s culture and structure. The question for him is whether his body will still allow him to make plays against much younger competition. 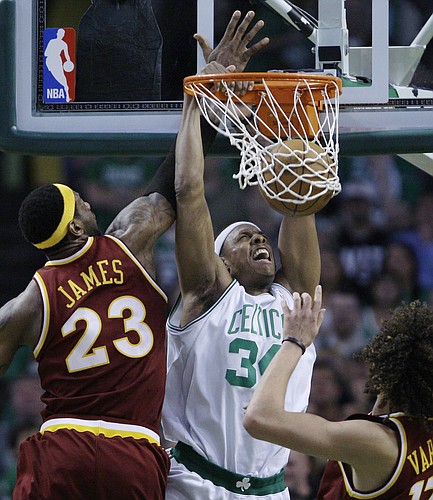 Years from now, when basketball fans who have yet to be born learn of LeBron James or Paul Pierce by watching hologram highlight clips of their Hall-of-Fame careers, one small forward will inevitably be linked with the other.

The rivalry between Pierce and James took off in the 2008 NBA Playoffs. Ever since, their one-on-one battles have been a prominent storyline each time their two teams meet.

When Pierce, a 17-year veteran from Kansas, hinted at retiring upon Washington’s elimination from the playoffs this past week, Northeast Ohio Media Group’s Chris Haynes asked James about his old antagonist and their showdowns through the years.

Still in the hunt for this season’s championship with the Cavaliers, James told Cleveland.com Pierce actually helped shape his career.

"Obviously he gets a Cliff note or a couple notes in my book as far as guys that helped me get over the hump or kept me where I was at the time," James said. "I knew I had to become much better individually. He's one of those guys."

Playing with the Celtics and Nets, Pierce has faced James’ Cavaliers and Heat in five postseason series. “The Truth” prevailed in both 2008 and 2010, before James went to Miami and won titles in 2012 and 2013.

Now a four-time NBA MVP, James went toe-to-toe with Pierce in a second-round series in 2008 that featured a remarkable Game 7. James put up 45 points, but Pierce scored 41 and the Celtics won in Boston, on their way to an eventual championship.

In 2010, James played what many assumed would be his last game in a Cleveland uniform against Pierce’s Celtics. Cleveland lost in the second round to Boston before James headed south to join forces with Dwyane Wade and Chris Bosh in Miami.

Once the Heat formed its own “Big Three” to counter Boston’s combination of Pierce, Kevin Garnett and Ray Allen, the playoff showdowns started going James’ way. LeBron and company ended Pierce’s season in 2011, 2012 and 2014 (when Pierce and Garnett played in Brooklyn).

The adversaries could have met again in the Eastern Conference Finals beginning this week, but Pierce’s Wizards couldn’t extend their postseason lives past Game 6 vs. Atlanta — a series that ended with an overtime-forcing 3-pointer from Pierce getting waved off upon further review.

"[When] I first saw it and when he got the ball, I knew it was going in," James told Cleveland.com. "I just know how clutch Double-P is. I knew it was going in, but I didn't know if he got it off in time just because he had to make that extra move to get back behind the three-point line after [Kyle] Korver kind of stepped in front of him."

James, who has a 17-20 record vs. his rival in the regular season and a 17-13 record in the playoffs, knows first-hand what Pierce can do with the game on the line. In the 2012 East Finals, Pierce buried a clutch 3 to put Miami in a 3-2 series hole.

No one knows at this point whether the two adversaries will get another playoff showdown in 2016 to cap the old rivalry.

"I've been competing against him my whole career and our battles that we've had, our differences that we've had,” James told Cleveland.com. “But you know one thing about it, when you face him; you're going to always compete. I wish him the best in whatever he decides to do."

Visit basketball-reference.com for a detailed look at each head-to-head meeting between Pierce and James.

The NBA gathered up almost 40 members of its 2014 draft class this weekend in New York for a rookie photo shoot.

The shoot marked the first time Embiid appeared in a Sixers uniform. If you look closely in some pictures, you can see his still-protected (and injured) right foot, which kept him from participating in the NBA Summer League and will keep him out of Philly's lineup most, if not all, of the upcoming season.

While other rookies spent portions of the session putting on an aerial display for photos, basketball cards and an impromptu dunk contest that broke out…

Embiid had to take it pretty easy. At least he got in some work on his sky hook:

The NBA posted tons of images on its Instagram account and other social media platforms. Check out Embiid's Derrick Rose kicks that he wore for the shoot.

The 7-foot jokester proved that he can at least pretend to be serious, too.

He even autographed some photos.

With no injuries holding him back, Wiggins got to have a little more fun.

Like his KU teammate Embiid, he laced up a fresh pair of kicks for team adidas.

… Wiggins at least got to see a rough draft of his rookie card.

One can't help but wonder if his cards will be worth more or less* once he gets traded to Minnesota, which seems almost inevitable at this point.

(*I guess basketball cards are still a thing. Are they actually worth any money?)

The whole photo shoot had to be kind of awkward for Wiggins. Everyone thinks he will be traded to the Timberwolves for all-star power forward Kevin Love before the season even begins, but he had to do all of these promotional photos in a Cleveland uniform, pretending like everything is fine and he and LeBron James will spend the next decade throwing lobs to each other.

Unfortunately, someone at the photo shoot thought it would be a good idea to put Wiggins on live TV for an interview. Which led to some uncomfortable moments for the 19-year-old Canadian.

Now that we're all sort of feeling bad for Wiggins, let's end on a happier note. Check out NBA.com's photo gallery from the shoot.

And take a little time to read some of the NBA rookie Reddit AMA in which Wiggins and Embiid participated during their busy day.

Fellow rooks Marcus Smart of Boston and Noah Vonleh of Charlotte predicted Embiid will be the biggest trash-talker of the class. And the big man from Cameroon claimed he and music artist Rihanna went on a date and had fun.