Wayne Selden Jr. about to get first crack in NBA with New Orleans 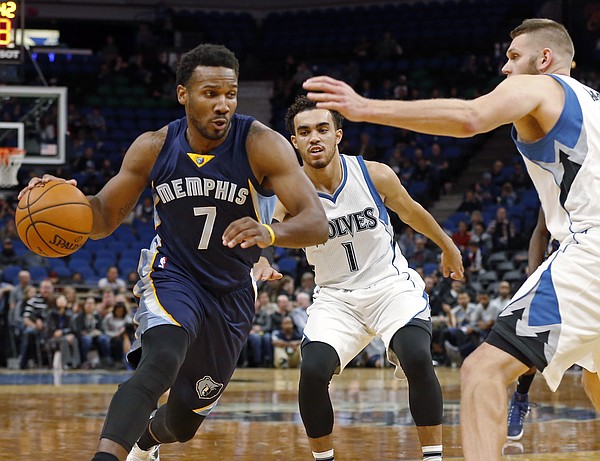 His post-college plans didn’t go exactly how he hoped after Wayne Selden Jr. left Kansas a year early to turn pro, but more than eight moths after going un-drafted, it looks like the athletic guard is about to get his first crack at the NBA.

According to various reports around the league, including one from ESPN’s Marc Stein, New Orleans will sign Selden, who played in the preseason with Memphis and has spent his time since in the D-League, to a 10-day contract.

“I feel like I’m close to being an NBA player,” Selden said in a feature interview for the D-League earlier this season. “I feel like I could be at that level.”

“Instead of going overseas,” he added, “I feel like I should stay here and achieve that goal.”

In a D-League highlight package from January, Selden can be seen handling the ball in transition to go get a layup, pulling up for a successful 15-foot jumper, elevating over his man on the perimeter for a smooth 3-pointer, attacking his man to get contact before putting back his own miss, finishing high off the glass in traffic and penetrating to the paint before burying a fade-away jumper.

Those skills, along with Selden’s passing and explosive finishing ability, no doubt inspired New Orleans to give the 22-year-old a shot. In seven games since making the biggest trade of the season, adding DeMarcus Cousins to pair with Anthony Davis in their frontcourt, the Pelicans have lacked a true shooting guard in their starting lineup. Hollis Thompson, more of a small forward, has filled that 2-guard role, with combo guard E’Twaun Moore coming in off the bench.

New Orleans also just added Jordan Crawford, a scoring guard, from the D-League, so clearly the organization is looking for some depth on the perimeter. Coach Alvin Gentry even played Crawford 20 minutes in his Pelicans debut Monday night, proving the coach doesn’t mind throwing a new addition straight into the rotation. Although, Crawford’s 19 points and three 3-pointers in a narrow loss to Utah could give the fifth-year veteran a real head start on Selden for playing time.

Selden said earlier this year he was in the D-League to optimize his chances at achieving a lifelong goal.

Now the young guard with a 6-10.5 wingspan has an even larger lease on his professional future staring him in the face.

The move to New Orleans also reunites Selden with Kansas teammate Cheick Diallo, who also has spent time in the D-League this year. With the Pelicans, the 20-year-old rookie project has appeared in just 10 games — only one of the last 19 — and has averaged 4.1 points and 3.3 rebounds in 9.6 minutes.

With Cousins and Davis, the Pelicans definitely don’t need Diallo right now. But they just might need Selden, as they hope to claw their way toward the eighth playoff spot in the Western Conference. New Orleans (25-39) is 4.5 games back of Denver (29-34) for the final postseason slot, and also would have to leapfrog Sacramento, Minnesota, Dallas and Portland over the course of the final 18 games of the season to reach the playoffs.

I'm genuinely very happy for Selden. Good to see another Jayhawk in the League, too.

Having said that, I watch that NBAD highlight reel and, mixed in within a couple drives inside a sparsely defended lane, I just see a lot of jumpers--in fact, a few taken when teammates were more open and ready for a pass from him. A lot of threes.

Easy for me to say. I can't play at that level. But I thought I remember the commentary about Selden, back in the recruiting days, being focused on his NBA-ready body and his talent for slashing to the rim, and his ability to play several positions.

It's like his game just never materialized as being that while at KU, despite a big game here and there and a decent career overall.

Sure wish we had Cheick this year