We now move to Nos. 10-6. A couple of these former Kansas stars are entering the primes of their career and poised to make real impacts as key reserves.

Another’s days in The Association are numbered, one is attempting to finally establish himself and the other is just getting his feet wet in the NBA. 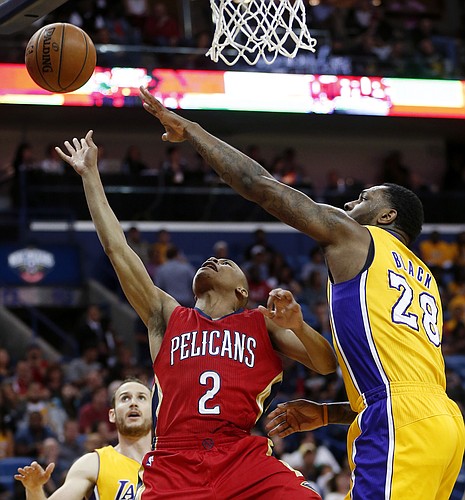 After he went undrafted in 2014, who would have thought Tarik Black would be in the league two years later, let alone playing a crucial reserve role for one of the most recognizable franchises on the planet?

True, this is not the Showtime Lakers of the glory 1980s nor the Shaq and Kobe Lakers of 15 years ago. At best, L.A. is a young team building toward what it hopes can become another era of title chases. Those days, if they return, are years away. For now Black will try and be a building block for the future, along with young recent lottery picks such as D’Angelo Russell and Brandon Ingram.

If you watched the 6-foot-9 center play at KU, you know his game: utilize that bulk in the paint to defend and rebound, work hard, finish strong. Those characteristics already have turned Black into a bit of a fan favorite and secured him a guaranteed contract for this season.

Black apparently wasn’t valued by former Lakers coach Byron Scott, who only played him 12.7 minutes a game last year, but Black seems to be in a better situation with Luke Walton taking over, and he’ll back up L.A.’s starting center, Timofey Mozgov. 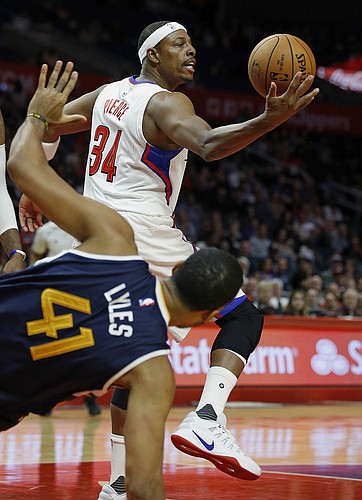 This is it for Paul Pierce. His 19th NBA season will be his last. And, realistically, at 39 years old, there is only so much the former perennial all-star’s legs will allow him to do on the basketball court at this point.

We won’t see “The Truth” take over fourth quarters like he so often did for Boston in his 15 seasons with the Celtics. Last year with the Clippers, Pierce only played 18.1 minutes a game and scored 6.1 points — both by far career lows. Though a future hall of famer, Pierce has reached a point where the Clippers are better off playing guys such as Luc Richard Mbah a Moute and, at times, Wesley Johnson at small forward in their otherwise superb starting lineup.

The intrigue in watching Pierce play this season comes from knowing it’s his last. What does he have left in that tank? Will he play better this year than last, knowing he can give it all and spend the rest of his life resting?

You know he’s going to have a night or two when he catches fire and looks like vintage Pierce for a stretch, and that will be fun to see, as will the tributes he gets from various organizations as he plays in visiting arenas for the final time.

Here’s one date you’ll want to mark on your calendar for the Clippers: Sunday, Feb. 5. It will be the final time Pierce plays in front of a Boston crowd that adores the 2008 NBA Finals MVP. 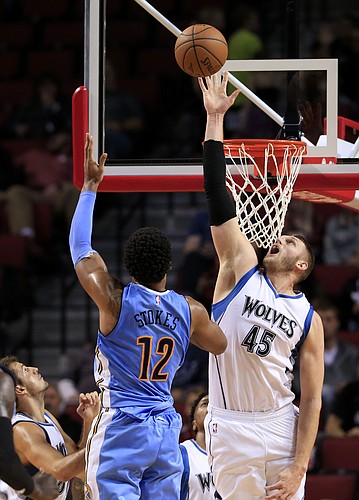 Last season, while playing with Pierce in L.A., Cole Aldrich established himself as a valuable reserve center in the NBA. Even while playing only 13.3 minutes a game, the burly 6-foot-11 Aldrich routinely made a positive impact in the paint as a rebounder and rim protector and averaged 5.5 points and 4.8 rebounds, while converting 59.6% of his shot attempts.

Aldrich’s best pro season to date came at an ideal time, too, with the big man hitting the free agent market this past summer. He signed with his hometown Timberwolves, one of the league’s up-and-coming franchises for three years and $22 million.

Now 27 years old, Aldrich gets to take his enforcer role to Minnesota’s second unit. When the team’s young star Karl-Anthony Towns or Gorgui Dieng aren’t in the game to control the paint, it will be up to Aldrich to make sure the T’wolves’ interior defense doesn’t experience much of a drop-off.

Minnesota is expected to become one of the more exciting teams in the league to follow, and for KU fans, there is no better bandwagon to hop onto, with Aldrich teaming up with fellow Jayhawks Brandon Rush and Andrew Wiggins. 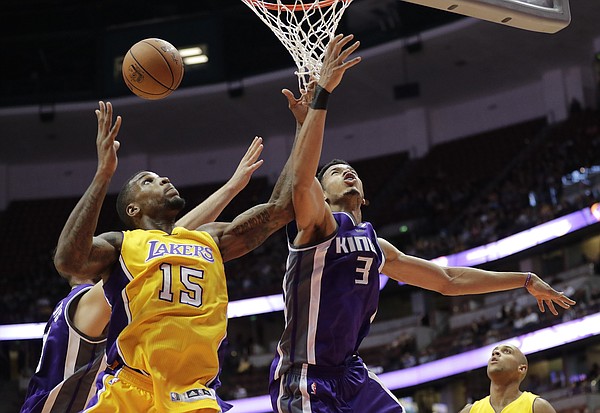 We don’t know how much — or how little — former KU star Thomas Robinson will play during his first season with the Lakers. Honestly, it seems another Jayahwk on this list, Black, will feature far more prominently in L.A.’s plans.

Robinson, playing on a one-year, non-guaranteed contract, didn’t even know during the preseason whether he’d make the team’s roster. So he has a long way to go before breaking into the rotation. The months ahead seem intriguing for Robinson, though, because this is his sixth team in five seasons. Organization after organization has passed on retaining the backup power forward. Will the Lakers do the same? Will they even keep him around for the entire season?

The answers to those questions have a lot to do with how the 6-foot-10, 25-year-old Robinson approaches his place in the roster hierarchy. The Lakers have far more invested in bigs Julius Randle, Mozgov, Larry Nance Jr. and Black than Robinson. He’ll have to prove himself more deserving of playing time than one or two of his frontcourt teammates to feature prominently on this young team building for the future.

It might take an injury to one of those other post players for Robinson to get a long look from Walton and his staff. How will Robinson respond when his chance comes? That’s what will be compelling to observe. He has yet to live up to his position as a lottery pick — will this be the year he finally does? 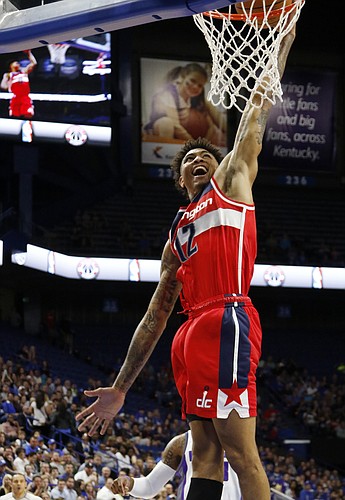 A year ago, appropriately, Kelly Oubre Jr. looked like a 20-year-old rookie not quite skilled enough to make a sustainable impact on an NBA floor.

Now in his second season with Washington, Oubre, who will turn 21 in December, is starting to fit in much better. Whether that’s the result of learning from his first-year struggles, the Wizards hiring a new head coach in Scott Brooks or a combination of the two, look for the 6-foot-7 lefty’s production to spike upward in Year 2.

Say goodbye to the days of Oubre playing only 10 minutes and averaging 3.7 points. Though still playing a reserve role, behind Otto Porter Jr., Oubre looked better suited to contribute during the preseason. He played 25.5 minutes a game for D.C. this past month in exhibitions, and scored 13.1 points while making 49.2% of his field goals.

To take the next step in his career, Oubre will have to develop a better 3-point shot. He only made 25 of 79 last season (31.6%). During the preseason, it didn’t appear a drastic improvement is coming in the months ahead, as Oubre shot 6-for-17 (35.3%) from downtown.

Still, it seems Washington is far more interested in utilizing Oubre's growing skill set now than when he was a rookie.