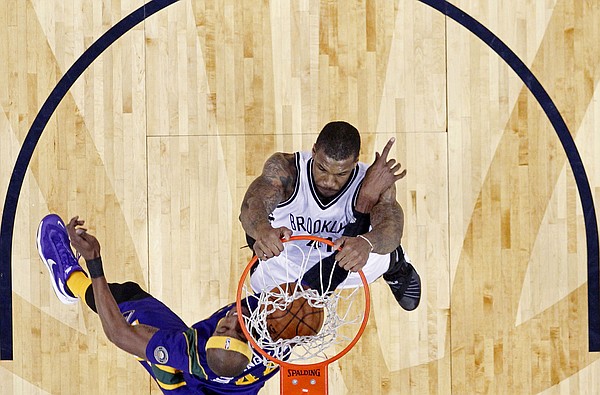 If you don’t remember much about Thomas Robinson’s 2015-16 season, well, you’re probably not a Brooklyn season-ticket holder.

Between the Nets’ general ineptitude (21-61 record, second-worst in the Eastern Conference to woeful Philadelphia) and Robinson’s sparse on-court opportunities most of the year, the former Kansas star’s fourth season in the NBA landed somewhere between blah and forgettable.

That’s one reason, perhaps, that Robinson reportedly is expected to opt out of his contract and test free agency this summer.

Robinson played in 71 games for the Nets in his first — and what could be his only — season with the organization, but only averaged 12.9 minutes a game. The backup big man averaged 4.3 points and 5.1 rebounds and shot 44.7% from the floor.

Those numbers dipped significantly from the ones he put up with the 76ers (albeit on a terrible team) to close the previous season: 8.8 points, 7.7 rebounds in 22 games, 18.5 minutes.

The 25-year-old post player already has suited up for Houston, Sacramento, Portland, Philadelphia and Brooklyn. So what harm could another change of scenery do?

The San Antonio Express-News reported Robinson, who signed a two-year deal with the Nets this past offseason, is expected to exercise the player-option on his contract and give up the approximately $1 million Brooklyn agreed to pay him in 2016-17.

This decision makes sense for Robinson on a number of levels. First, as mentioned, there wasn’t much buzz about Robinson or the Nets, outside of a few late-season games when Brooklyn had multiple regulars injured and he put up a career-high 23 points at Washington.

And the Nets aren’t turning things anytime soon, with their first-round draft picks going to Boston each of the next three years.

Opting out also is a wise financial move. Robinson isn’t going to land a massive contract from any team, but he certainly will seek a longer deal than his most recent one. If a franchise is willing to give the well traveled forward a contract for three years or longer, for example, that would give him more security for his future. If he just stayed with Brooklyn for year No. 2 and then suffered some horrible injury, who’s to say whether he could ever again secure longterm guaranteed money.

What’s more, as anyone who follows the NBA knows, the salary cap is scheduled for a massive increase this offseason. Any player able to get a new contract this summer almost has to do so, with all the money league owners can now spend without worrying luxury taxes.

Which teams should Robinson consider? While reuniting with one of his FOE partners and former KU teammates Markieff or Marcus Morris would be an interesting move, it would make more sense for him to seek out the best financial opportunity or playing situation available to him. 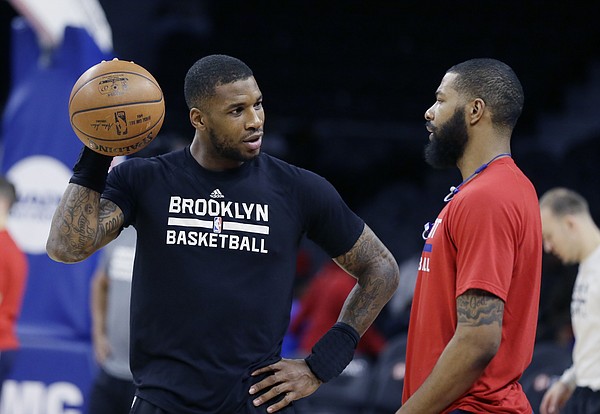 Nothing against Detroit (Marcus’ team) or Washington (Markieff’s team) but if you were an NBA player, wouldn’t you rather suit up for, say, San Antonio.

In fact, the Spurs just might be a realistic option for Robinson. Jabari Young of the Express-News wondered whether Gregg Popovich and company might pursue the explosive backup forward, citing Popovich’s recent remarks that San Antonio needs to get younger.

According to Young, Spurs general manager R.C. Buford, a former KU assistant for Larry Brown, has been a Robinson fan “for quite some time.”

While Robinson played a minimal role for playoff teams in Houston and Portland, joining one of the league’s model franchises and contributing to a championship contender would qualify as totally new professional experiences.

All this speculation might not come true. Maybe Robinson won’t get a chance to play for the Spurs. Maybe some average to mediocre team with money to burn gives him a contract that would set him and his family up for life.

Whichever way it turns out, Robinson still hasn’t lived up to his status as the fifth overall pick in the 2012 draft. Figuring out which team really needs him — and will give him more than the career-high 15.1 minutes a game he played as a rookie — should factor into his decision, too.

So how's little Jayla doing these days? She's gotta be what, in 8th grade now?