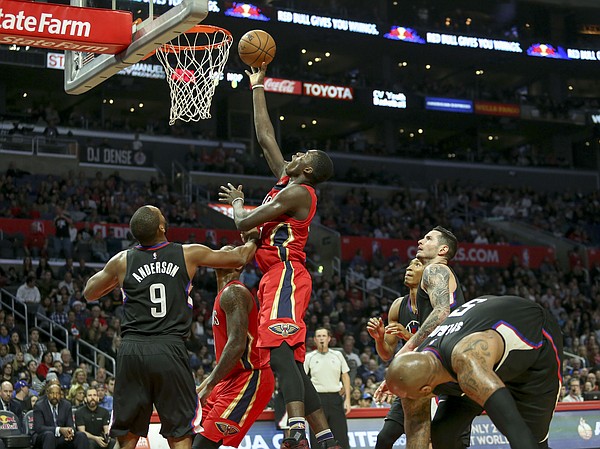 No one expected rookie Cheick Diallo, a second-round draft pick, to turn around the New Orleans Pelicans — or even immediately become a rotation player. And two months into the former Kansas big man’s NBA career, those assumptions surrounding Diallo have proven valid.

Even so, the raw, 6-foot-9 forward from Mali looks like someone who could carve out a niche for himself with more playing time and development.

While Pelicans head coach Alvin Gentry has only sent Diallo onto the court in 6 of the team’s 20 games, the 20-year-old project has experienced an upswing in playing time of late. Four of the backup post player’s appearances have come in the past two weeks — a stretch in which Diallo has averaged 9.8 points, 6.3 rebounds and 0.3 blocks in 17.8 minutes, while also receiving three DNP’s.

As highlighted by Kevin O’Connor at The Ringer, on one night against the Los Angeles Clippers (albeit in a blowout loss on Dec. 10), Diallo surpassed or met all of his personal bests from his one season at Kansas in the following categories, with 19 points, 10 rebounds, 2 steals and 1 assist in 31 minutes.

“Diallo failed to meet expectations in college,” O’Connor wrote, “but he could exceed them as the no. 33 pick in the 2016 NBA Draft. The Pels are trying to win games, too, but it’s become clear that they’re facing yet another lost season, at (now 10–20)… Hopefully Diallo will receive more minutes as the year wears on.”

The youngster figures to keep bouncing in and out of New Orleans’ rotation for the time being, but he showed some promise in his career performance against the Clippers, by cutting hard when spotting an opening in the middle of the floor, taking an active approach on the offensive glass, knocking down three jumpers and even scoring on the move with his left hand.

The Pelicans avoided Diallo accumulating much rust as a seldom-used rookie by sending him to the D-League for a stretch of November. In nine games for the Austin Spurs, Diallo got the minutes (23.3 a game) his NBA team couldn’t afford to offer him. He averaged 12.0 points, 6.0 rebounds and 2.1 blocks in the D-League, while shooting 51.1% from the floor and 25-for-36 (69.4%) around the rim.

After playing 22 minutes last week against Houston, in another 20-plus-point loss, Diallo explained how one night after watching an entire game form the bench he was able to contribute 10 points and 7 rebounds, on 4-for-5 shooting versus the Rockets.

“Coach always say to be ready, so I was ready. Today was my chance. He gave me a chance, so I just show what I can do,” Diallo said.

Gentry, the young backup power forward shared, likes utilizing Diallo’s quickness on defense when he can. On the occasions when New Orleans faces teams such as Houston, which uses lots of pick-and-rolls and has some post players spotting up on the perimeter, Diallo might see more chances to fill in.

“We switch, one through four sometimes — sometimes one to five,” the rookie said of the Pelicans’ defensive strategy. “So I can guard multiple positions, so that helped me a lot today (versus Houston).”

Diallo only played seven NBA minutes and hadn’t scored a point prior to his recent outburst against the Clippers. His patience and willingness to absorb all the coaching thrown his direction will help him continue on a positive path. While his one season at KU didn’t live up to the hype, his college coach, Bill Self, never once questioned Diallo’s ability to work hard toward improving.

“On the court, I’m all about taking care of business,” Diallo said before his first pro season began. “I do everything exactly how the coach tells me to do it. I’m not going to be laughing or giggling. Off the court, I’m cool and chill. On the court, I’m 100 percent focused.”

As long as the 20-year-old big embraces that approach, he’ll have less trouble eclipsing the forecasts many had for his future in the NBA.

He's a good kid who didn't really get an opportunity (no fault of KU's). I wish him well.

Bill Self always said he was a one and done. Could he have used another season? Absolutely. Hard to second guess Coach who always puts the team first. But clearly, a great deal was left on the table with CD. Man, could we use him now.

Good job Cheick, happy for you. Show them what Jayhawks do!