Who wore it best?: Jayhawks make list of all-time greats, by jersey number

The folks behind Mitchell & Ness specialize in sports, nostalgia and jerseys. So when the company put together a list of the all-time greatest NBA players — by jersey number — you knew it would be something to behold.

None by SLAM Magazine

As one might expect, the comprehensive list included some former Kansas basketball standouts who made their way to the league. In fact, five different Jayhawks showed up on Mitchell & Ness’s historic jersey directory. One KU product actually appears twice.

So which Jayhawks made the cut?

How about Jo Jo White? 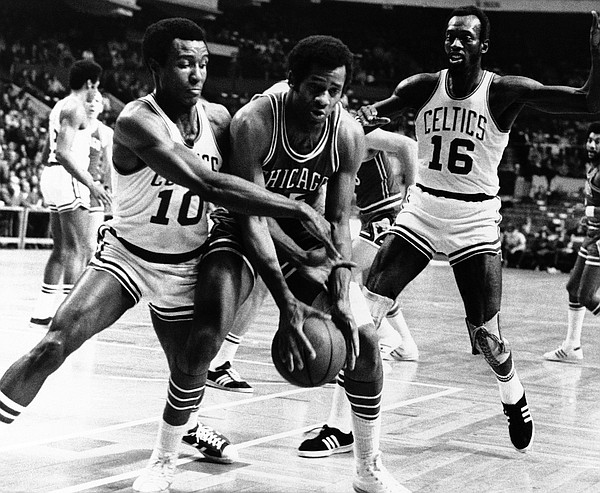 Nope. The No. 10 slot belongs to Knicks legend Walt Frazier?

Surely Paul Pierce’s No. 34 is represented? 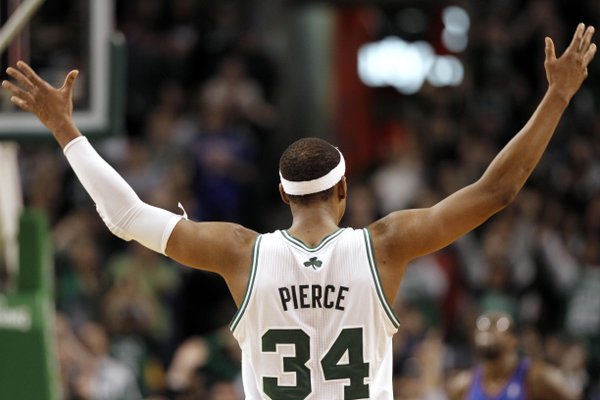 Boston Celtics' Paul Pierce celebrates during the second half of Boston's 91-89 win over the New York Knicks in an NBA basketball game in Boston Friday, Feb. 3, 2012. by Nick Gerik

Except for the first one, which was a no-brainer. 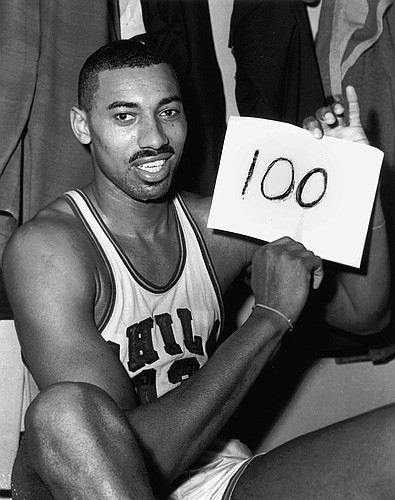 In this file photo from March 2, 1962, Wilt Chamberlain of the Philadelphia Warriors holds a sign reading “100” in the dressing room in Hershey, Pa., after he scored 100 points as the Warriors defeated the New York Knickerbockers, 169-147. by Associated Press

Mitchell & Ness description: “Wilt wore No. 13 over 16 seasons with the Philadelphia/San Francisco Warriors, Philadelphia 76ers and Los Angeles Lakers. He was inducted into the Basketball Hall of Fame in 1978, elected into the NBA’s 35th Anniversary Team of 1980 and chosen as one of the 50 greatest players in NBA history in 1996. Over his career, Chamberlain was a two-time NBA champion, NBA Finals MVP, 4-time NBA MVP and 13-time NBA All-Star.” 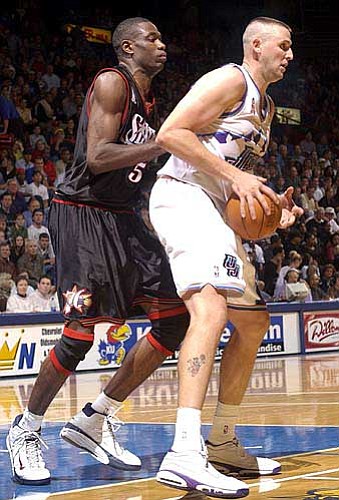 Mitchell & Ness description: “Only four players have ever worn No. 39 in the NBA, the best of whom is Greg Ostertag. Greg enjoyed a successful 11-year career in which he made back-to-back appearances in the NBA Finals in 1997 and 1998.” 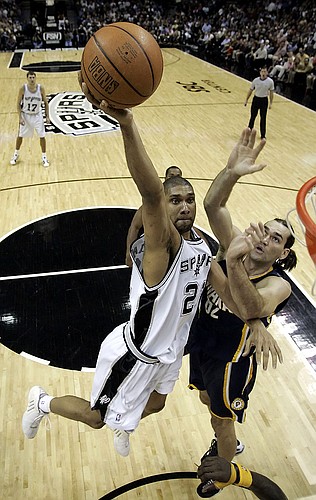 Mitchell & Ness description: “Only two players have ever worn No. 62 in the NBA: Bob Dille, who only played one season in 1947, and Scot Pollard, who wore it for two seasons in Indianapolis.” 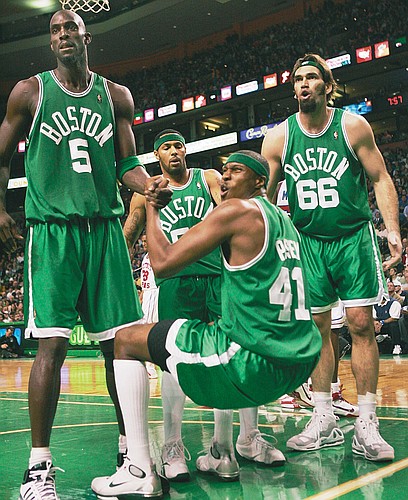 Boston's Scot Pollard (66), Kevin Garnett (5), James Posey (41) and Eddie House complain to a referee in this December 2007 file photo. Pollard, a free agent, isn't ready for his NBA career to be over.

Mitchell & Ness description: “Scot wore No. 66 in 2008 with the Boston Celtics when they won the NBA Championship.”

Mitchell & Ness description: "Clyde wore No. 89 in his first season with the Minneapolis Lakers. Over his 11-year career, Lovellette was a 3-time NBA Champ, 4-time NBA All-Star and All-NBA Second Team. Lovellette was inducted into the Basketball Hall of Fame in 1982. 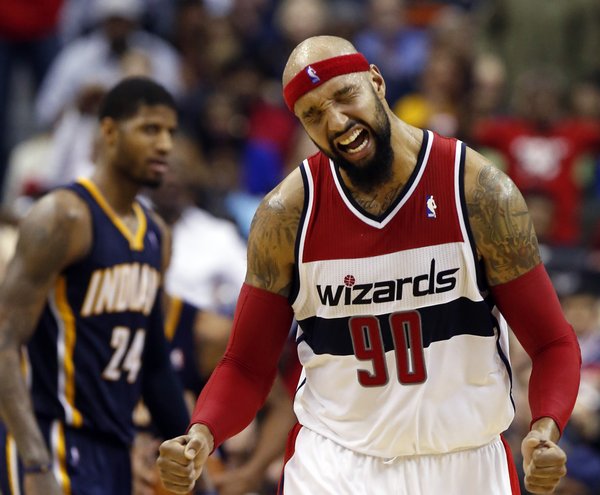 Washington Wizards forward Drew Gooden (90) celebrates after a play with Indiana Pacers forward Paul George (24) nearby in the second half of an NBA basketball game on Friday, March 28, 2014, in Washington. The Wizards won 91-78. (AP Photo/Alex Brandon)

Mitchell & Ness description: “Drew has worn No. 90 (and is the only one to do so) with a number of different teams throughout his still active career. He’s enjoyed a successful career, averaging 11.3 points, 7.3 rebounds and 1.5 blocks.”

In the case of this particular catalog of jerseys, it pays to be have an atypical number — less competition — to match your offbeat basketball personality (see: Pollard, Ostertag and Gooden).

Clyde wore #89 in his first season with the Minneapolis Lakers. Over his 11 year career, Lovellette was a 3x NBA Champ, 4x NBA All-Star, and All-NBA Second Team. Lovellette was inducted into the Basketball Hall of Fame in 1982.

Thanks! Overlooked that one. Will add it on there.

Couldn't find a photo in our system of Lovelette in a Lakers uni. Nor in AP files. 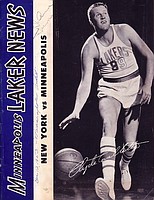 Nice! I knew a google search would come up with something but as a newspaper website, we don't want to lift photos for our own benefit.

Totally cool to have a user post one in the comments, though.

I figured as much. Looked it up out of curiosity, and this was actually the only picture I could find of him in 89 at all. 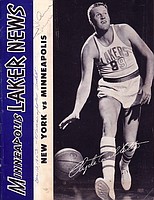 Finally, proof that Scot Pollard was twice as good as Michael Jordan.