The first handful of games tipped off Tuesday, marking the start of the 82-game grind. 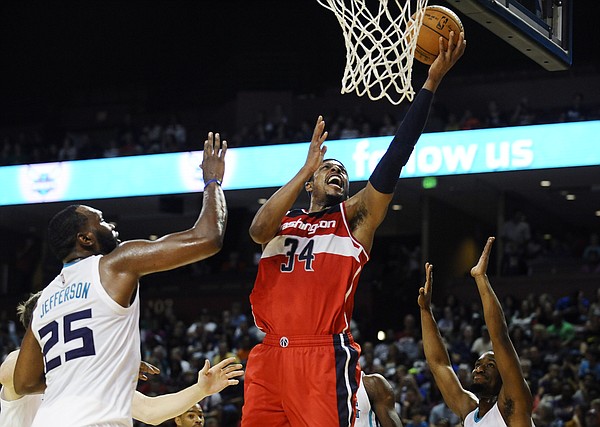 Did you ever get used to seeing Paul Pierce in a Brooklyn uniform?

Well, you won’t see that again this season. The long-time Celtic and one-year Net is now a Wizard, after signing a two-year free-agent deal with Washington this past summer.

Presumably this move doesn’t give Pierce any magical powers (of which we know) unless you count playing in the NBA for 17 years as wizardry.

Those years of experience actually are what made D.C. interested in the veteran, though. The Washington Post’s Mike Wise just wrote about the future Hall of Famer’s role with the mostly young, up-and-coming Wizards — a team that considers itself in the mix with Cleveland and Chicago in the race for first place in the Eastern Conference.

Wise reported on how the Wizards want Pierce to impart some of his wisdom — or “Truth” — on the young backcourt of John Wall and Bradley Beal, and the rest of the roster.

What’s more, Washington still thinks Pierce has enough in his holster to deliver some clutch shots for a team that envisions winning plenty of close/important games in the months to come.

“I feel like you get me on that stage, big game, bright lights, I can still perform at a high level,” Pierce told the Post. “Not as consistently as before. And I know I’m playing with better players that need the ball and I don’t have to do as much.

“But any given night on a big stage I feel like I can still be the best player on the court. And that’s with whoever is out there — Kobe, LeBron, Durant. Any given night.”

Speaking of some of those guys… Pierce made some waves on the eve of the season-opener. He said on “Mike and Mike” that he “can’t stand” LeBron James and other players because he wants to “beat all of them.”

Pierce appears to be embracing his role of crotchety old veteran. On the first night of the preseason — probably to send some kind of message to Chicago, such as “We’re coming for you” — Pierce fouled Jimmy Butler pretty hard in the open court, and later poked Joakim Noah in the face.

Despite all the mileage on those legs, Pierce appears to be locked in as Washington’s starting small forward. He won’t fill up the stat sheet like he did in his heyday, but he will knock down shots and get to the foul line when Washington needs him to.

And the way he has acted the past few weeks, it looks like he’ll do all he can to get the Wizards to play with an edge and believe they are THE team in the East — not some also-ran.