Hinrich's days in Chicago could be numbered 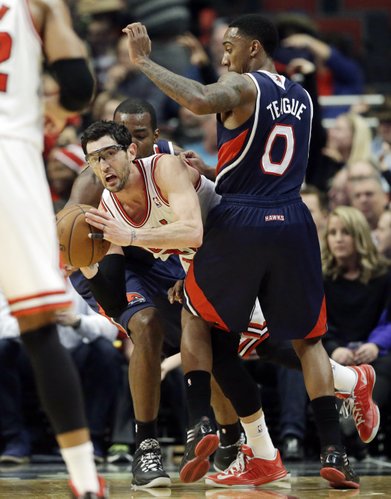 Currently in his second go-round as a Chicago Bull, and a former member of the Washington Wizards and Atlanta Hawks, 10-year NBA veteran Kirk Hinrich could soon be playing in the Western Conference for the first time in his career.

According to USA Today’s Sam Amick, the Bulls could move Hinrich as they continue to deal with the absence of franchise point guard Derrick Rose and, simultaneously, make cost-saving decisions with their roster.

Speculation surrounding a Hinrich trade grew once Chicago dealt Luol Deng, one of its core members. As Amick reported, the Golden State Warriors could be Hinrich’s new home:

“... it appears point guard Kirk Hinrich will be drawing the most immediate interest when it comes to the Bulls' possible next move. According to a person with knowledge of the situation, the Golden State Warriors are among teams that had been showing serious interest in Hinrich long before the Deng trade.”

Considering the state of affairs in Chicago (15-18) – no Rose, no Deng, no way the Bulls will be able to contend in the East – joining the Warriors (24-13) could be an ideal situation for the Kansas legend.

Hinrich, of course, wouldn’t start for Golden State. But the Warriors essentially have no backup point guard, with Toney Douglas playing just 11.7 minutes a game. If Golden State is able to acquire Hinrich, coach Mark Jackson would surely have him in the backcourt with either of the Warriors’ budding stars, Steph Curry or Klay Thompson (aka The Splash Brothers, who have combined to make 219 three-pointers so far), for long stretches.

Goggled and gritty, Hinrich (7.8 points, 4.7 assists this season) might not have the flash of his potential backcourt mates, but he could certainly facilitate and give the Warriors another ball handler.

Stay tuned, and let us know in the comments section if you would like to see Hinrich join one of the most entertaining teams in the league.

McLemore back on the bench 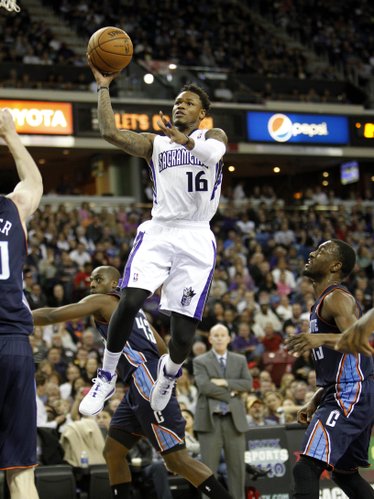 Sacramento Kings guard Ben McLemore (16) shotts against the Charlotte Bobcats during the second half of an NBA basketball game in Sacramento, Calif., on Saturday, Jan. 4, 2014. The Bobcats beat the Kings 113-103.(AP Photo/Steve Yeater)

In our last edition of ‘Hawks in the NBA, we told you about the often cited comparison of Sacramento rookie Ben McLemore to renowned sniper Ray Allen, currently of the Miami Heat.

Well, the 17-year veteran Allen has spent most of his renowned career as a starter, until becoming a backup when he joined the Heat.

After the victory, Jason Jones, of the Sacramento Bee, reported that Marcus Thornton will start instead of McLemore for the “foreseeable future," according to Kings coach Michael Malone:

“This is a not a demotion for Ben McLemore,” Malone said. “This is not us losing confidence or faith in him. Ben’s been struggling and I wanted to put him in a position where maybe he could have more success coming off the bench.”

Malone said with the Kings having three volume shooters in the starting lineup, he’ll need Thornton and Jason Thompson to serve as facilitators and “ball movers” with the starting five.

Kings part-owner Shaquille O’Neal has other ideas about what’s next for McLemore: 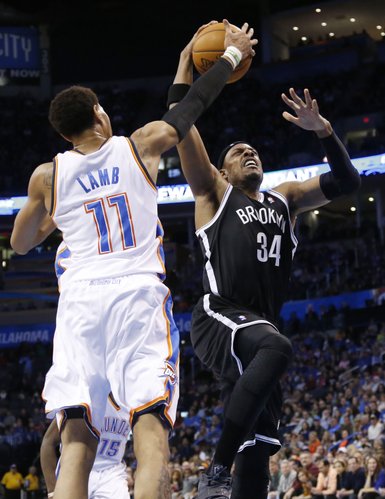 The Truth has surpassed The Answer. That is, Paul Pierce moved past Allen Iverson on the NBA’s all-time scoring list. Pierce took over 19th place, pushing Iverson to 20th, with 17 points in a Brooklyn win over Cleveland on Saturday.

Speaking of The Truth, Pierce will soon don a Brooklyn jersey with his nickname on the back of it, instead of his last name.

Both the Miami Heat and Brooklyn Nets will wear the gimmicky nickname jerseys when the teams square off Friday night at Brooklyn.

However, it remains to be seen if Chalmers will be able to wear his specialty jersey on Friday. He missed Tuesday’s Heat victory over New Orleans with Achilles tendinitis.

Keep up with all of the ’Hawks in the NBA daily with KUsports.com’s stat recaps.

Please, please, please let Hinrich join the Warriors. Hinrich is my all-time favorite KU player, and I'm a huge Warriors fan. That would be a dream come true for me.

Nickname jerseys... what a joke! The NFL fined Chad Johnson for donning "OCHO CINCO" on the back of his jersey during pre-game exercises. The NBA warned and fined Joe Johnson $50,000 citing a "lack of professionalism" for untying opponents shoes during free through attempts. Eventually teams playing the Knicks would have learned to double knot their laces.

I guess it's professional to print KING JAMES on the back of Lebron's jersey since it's going to boost jersey sales and boost revenue for the player, the team, and the league. Anything for a buck.