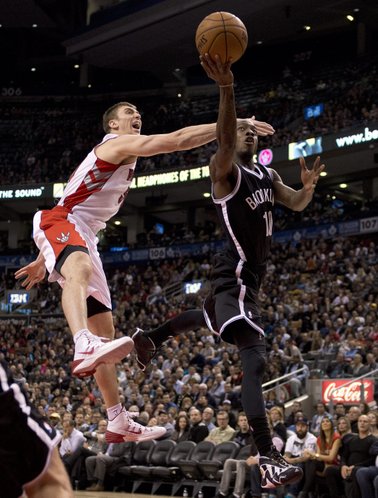 Tyshawn Taylor might be onto something. If he wasn't wearing that black Brooklyn Nets uniform, you would almost swear this highlight came from his days in Lawrence.

That is some vintage Taylor. Attacking the rim like he did at Kansas. I don't recall seeing Taylor drive the lane and finish like that since he played for Bill Self.

Bad close-out and help angles aside, Taylor exploited what the opposing defense gave him, and that's what works in the NBA.

It's hard to figure what, if anything, has changed, but perhaps Taylor's Instagram post provides some insight.

Taylor scored nine points and dished four assists in what has been a rarity this season: a Nets win. Brooklyn (4-10) had lost five games in a row before Taylor and the most elder 'Hawk in the NBA, Paul Pierce (16 points, four assists, four rebounds), at least helped the Nets end their skid.

But as Rob Mahoney writes for SI.com, the high-paid Nets aren't living up to their billing, and things need to change soon if they stand a chance of contending in the Eastern Conference.

Here's today's installment of a KU product posterizing a defender.

Markieff Morris only hit three of his nine shots in Phoenix's Monday loss at Miami, but he made this one count, and clipped Chris “Birdman” Andersen's wings in the process.

That was the mean side of Kieff. Here's his more compassionate side. He and brother/teammate Marcus Morris provided some community service for Phoenix area families to get in the Thanksgiving spirit. 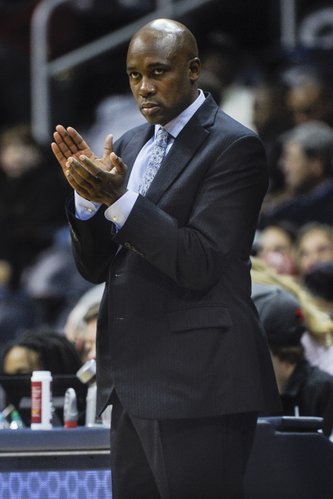 Orlando Magic head coach Jacque Vaughn reacts after a score against the Atlanta Hawks during the first half of an NBA basketball game on Tuesday, Nov. 26, 2013, in Atlanta. (AP Photo/John Amis)

We've been keeping up with all the NBA players who played at Kansas, but it's time to check in on a head coach who wore crimson and blue: the Orlando Magic's Jacque Vaughn.

The Magic (5-9) aren't setting the world on fire by any means in Vaughn's second season on the job, but no one was expecting that, either. Orlando has a young roster, highlighted by rookie Victor Oladipo, and entered the season perceived as a lottery team. (So maybe they'll land one of the Jayhawks' talented freshman phenoms next June.)

Vaughn's team should only get better with the addition of Tobias Harris to the rotation. What's more, the Magic's Tuesday night win at Atlanta marked the team's first road victory since last season. In March.

When it comes to watching Kansas products play on TV, the national games don't provide a lot of options. Unless you just love watching Miami. Then you're all set.

But if you get NBA TV on your cable/satellite package, there is an easy way to try and see more of your favorite Jayhawks, via the channel's weekly Fan Night.

Fans can vote for their preferred matchup, and this week's choices include Vaughn's Magic vs. Philadelphia, Mario Chalmers and the Miami Heat (as if they're not televised enough) vs. Detroit and the Phoenix Suns, featuring the Morrii, vs. Memphis.

Don't forget to check in at our 'Hawks in the NBA page every day for the latest stats.