A Morris Brothers Mystery: The Case of the Disappearing Sun

Move over, Hardy Boys. There’s a new set of sibling sleuths on the trail. From Philly to Phoenix by way of the Phog, these twins are out for the truth. And their biggest case yet is… THEMSELVES.

When we last left our heroes… 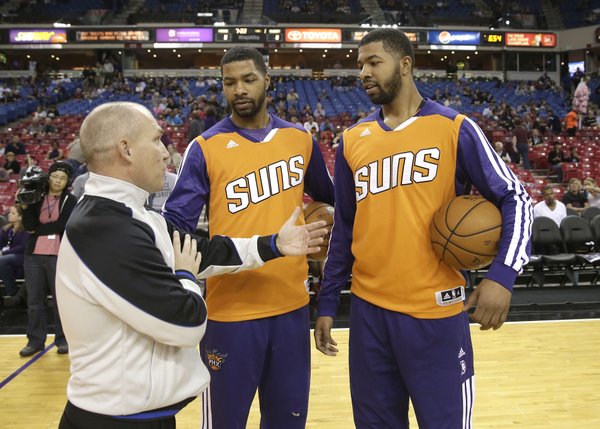 Marcus and Markieff, coming off their first offseason as Suns teammates, were leading the league’s best bench. Markieff was the reigning Western Conference Player of the Week after averaging 22.8 points (on 70 percent shooting), 8.0 rebounds and 2.0 steals. Marcus was chipping in double-digit scoring nights here and there, with solid rebounding and a few threes. 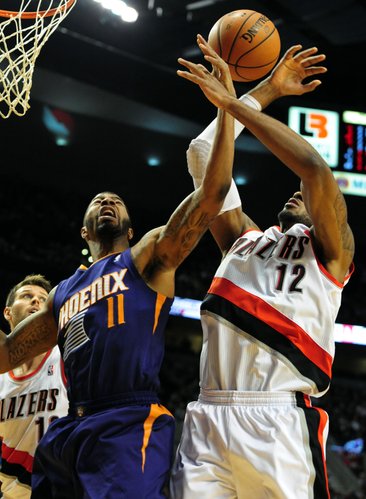 He couldn’t buy a basket. Flu-like symptoms slowed him in one game. Foul trouble was the culprit in another. His minutes dropped along with his production, and Blake Griffin stole the WCPOTW championship belt. 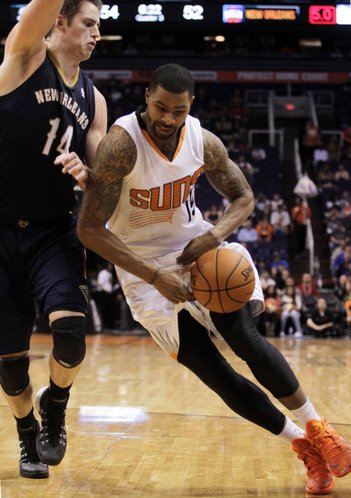 Marcus picked up the slack off the Suns bench, averaging 15 points (on 65 percent shooting), 5.7 rebounds and 1.7 threes in his last three games.

Will Markieff’s slump persist? Will Marcus’ surge continue? Are we getting too worked up over a small sample size? Or will we find out that the twins SWITCHED JERSEYS?

Answers (to some of those questions) are coming. Phoenix plays three of the next four nights, including Sunday on NBATV against Orlando. 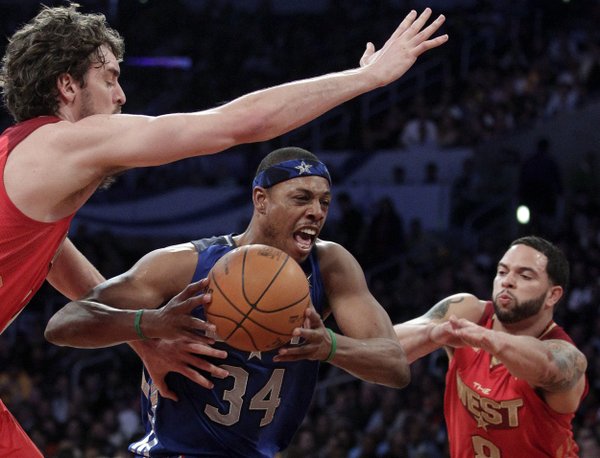 East's Paul Pierce, of the Boston Celtics, drives between West's Deron Williams, right, of the Utah Jazz, and Pau Gasol, of the Los Angeles Lakers, during the second half of the NBA basketball All-Star Game on Sunday, Feb. 20, 2011, in Los Angeles. (AP Photo/Jae C. Hong)

NBA All-Star ballots are out already, and three former Jayhawks — Paul Pierce, Mario Chalmers and Markieff Morris — are among the 120 players on this year’s list.

For details on how to vote, go here. Voting ends on Jan. 20, with 2014 All-Star festivities scheduled for the weekend of Feb. 16 in New Orleans.

Pierce was the last Jayhawk to play in the NBA’s mid-season classic, way back in 2012. But look for rookie Ben McLemore or sophomore Thomas Robinson to sneak into the “Rising Stars Challenge.” Unless there’s another event better suited to their talents, that is. 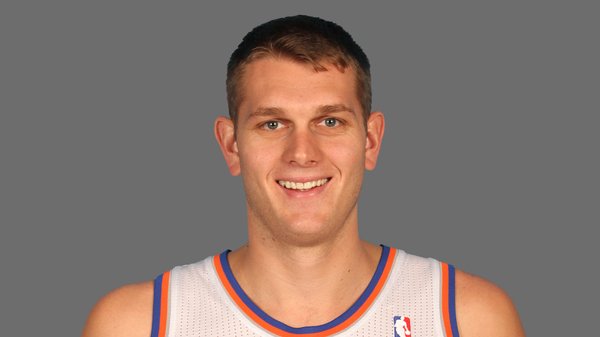 If New York’s Cole Aldrich had defended Indiana for the full 48 minutes on Wednesday, the Pacers would have scored 4,114 points on the Knicks.

Is he the worst defender in the history of the basketball? Nope. Just a scrub who played a total of 2.1 seconds. A very unlucky 2.1 seconds:

Could have been worse. Looking at your failed high-five, No. 11. 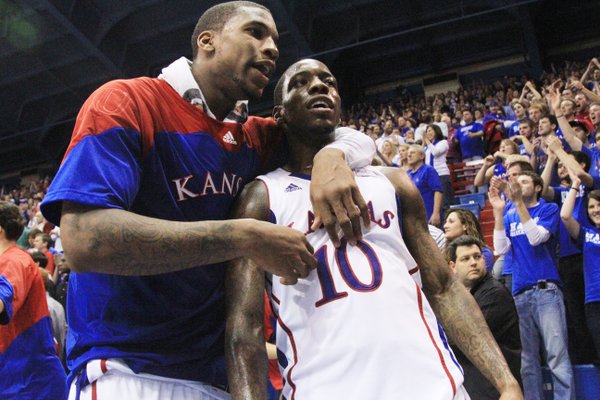 Kansas forward Thomas Robinson gives teammate Tyshawn Taylor a hug, at the end of regulation play as the two combined for a total 55 points against Baylor on Monday January 16, 2012 in Allen Fieldhouse. by Richard Gwin

Tyshawn Taylor’s Brooklyn Nets and Thomas Robinson’s Portland Trail Blazers squared off on Monday. T-Rob and the Blazers came out on top in the box score, but the two stars of the 2011-12 Jayhawks shared a moment before the game. 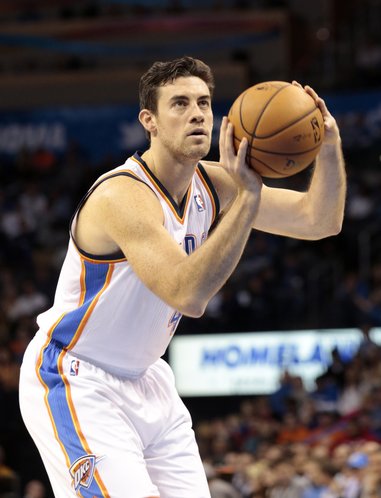 Sure, the same Nick Collison has converted just two of 23 three-point tries in the 10 years since he went 23-for-64 at Kansas. But one of those NBA makes came this season. And with all the long-range luck in OKC these days, why not keep firing away?

Markieff Morris on playing with Marcus, from Yahoo! Sports:

"We vowed that we work so hard that (being on separate teams) will never happen again," Markieff Morris said. "You never know how it will happen or how it's going to go. We are cherishing this time."

Brandon Rush on returning to the court, from the Salt Lake Tribune:

"I think it’s just a mental thing right now," he said. "Everything else is physically fine. It’s just getting over that hump."

Paul Pierce on the 3-8 Brooklyn Nets, from Newsday:

"There's no finger pointing. There's no whispering in this locker room. We don't allow that. So, I feel confident this group is going to continue to get better."

Jeff Withey on what he’d be doing if he weren’t in the NBA, from Pelicans.com:

“I’d probably want to be a real estate agent.”

A possible glimpse at Nick Collison’s future, from @ThunderObsessed:

“Collison talked about being excited about KD’s restaurant. Said if he had his own, (he’d) serve steaks.”

Love it. Keep it up!