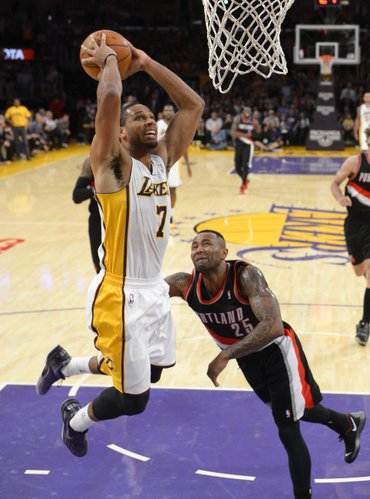 As long as Kobe Bryant is out for the Los Angeles Lakers and they're missing other key pieces, Xavier Henry will have the stage to prove he belongs in the NBA.

Some nights he looks like a great piece for a team hoping to contend in the West, and other nights his production is that of a scrub.

But Sunday night against Portland, the on-again, off-again Henry showed out. In 29 minutes off the bench, the 6-foot-6 swingman hit nine of his 12 shots, including two of four from three-point range, for 27 points, a career high.

Serving momentarily as the backup point guard for the 9-9 Lakers, Henry finished with one assist in a role that's clearly new to him. The Lakers Nation youtube channel provides us Henry's thoughts on his career night and playing point guard for L.A. while Jordan Farmar is out

Henry even converted a four-point play versus Portland. But, as ESPN Los Angeles reporter Dave McMenamin points out, it was just another example of the ups and downs of Henry's season:

Xavier Henry's 4-pt play gives him 26 pts on the night. He has 3 games with 20-plus this season and 6 games with 3 pts or less. Go figure


The AP's Greg Beacham was in the locker room for postgame interviews, too, and tweeted this comment from Henry after the Blazers win.

Xavier Henry: "We have guys down right now, but the guys we do have can still give any team a run for the money." 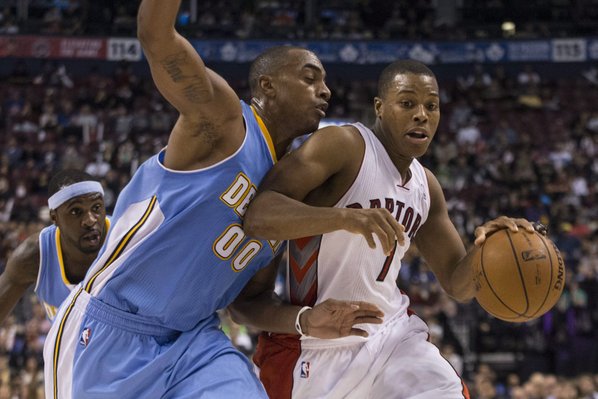 Darrell Arthur (remember him? He's in the NBA, ya know.) scored 14 points (a season-best) off the bench in Denver's 112-98 road win at Toronto, helping the Nuggets improve to 10-6 in the loaded Western Conference. 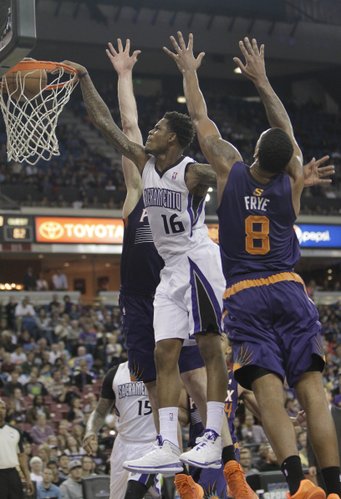 And now for the portion of the blog in which we marvel at a Ben McLemore slam.

The Kings rookie/walking highlight reel has to compete in the dunk contest at All-Star weekend, right? Well, the rookie guard talked about that very subject, as presented in the comments thread here at Sactown Royalty.

McLemore on the Dunk Contest: “I think I have a shot. I’m trying to see if I can have the opportunity to make it, you know, that would be great. I just got to keep showing things to get entered into it.”

On what he is trying to do to get into it: “Get a couple of posters here and there, that’s about it. Everybody in the NBA knows I’m athletic, but I don’t know, we’ll see.”

On what type of dunks he may do: “I have some crazy dunks, as you can see my signature dunk is the reverse, you know, behind the back.”

Don’t forget to keep tabs on all your favorite ‘Hawks in the NBA with KUsports.com's daily stat recaps.