In need of a big man, Pelicans don't turn to Withey 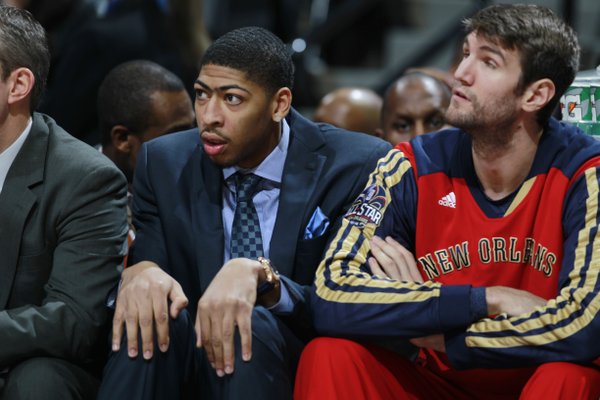 New Orleans Pelicans forward Anthony Davis, left, who is injured, sits on bench with rookie center Jeff Withey as the Pelicans face the Denver Nuggets in the first quarter of an NBA basketball game in Denver on Sunday, Dec. 15, 2013. (AP Photo/David Zalubowski)

Poor Jeff Withey. Not only is the above photo of him next to budding star Anthony Davis the best recent one available of the New Orleans Pelicans rookie, but his team is actively looking for big men it can add to the fold while Withey sits on the bench and learns what it takes to play in the NBA.

John Reid, of The Times-Picayune reported the Pelicans’ front office could be in search of another center, with Davis out due to a fracture in his left hand. This can’t be great news for Withey, a center already on the roster waiting for a chance to prove himself.

The 7-footer out of Kansas hasn’t played more than nine minutes in a single game since Nov.12 (weeks before Davis got knocked out of the lineup), and has not gotten off the bench in seven of New Orleans’ 15 games in that span, including two DNPs after Davis injured his hand on Dec. 1.

In real need of a big man, and not yet ready to turn to Withey full-time, New Orleans seems set to sign a 7-foot-2 French center by the name of Alexis Ajinca.

And those pay checks. 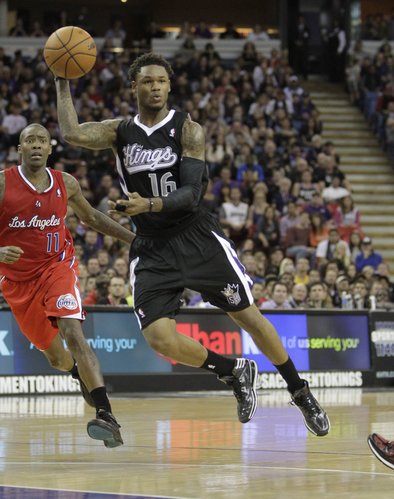 Ever wonder what Ben McLemore would look like in Boston Celtics green, instead of Sacramento Kings black and purple?

Supposedly, according to at least one report, the Kings could be interested in packaging their high-flying rookie with some other pieces in order to land Boston point guard Rajon Rondo.

That rumor, however, got squashed pretty quickly. Comcast Sportsnet’s A. Sherrod Blakely discussed why there isn’t anything happening on that front.

USA Today NBA Insider Sam Amick didn’t think much of the rumor, either:

FYI re: Rajon Rondo rumor, Celtics & Kings have had no talks about him or any other player, I'm told by both sides. Nothing to see here... 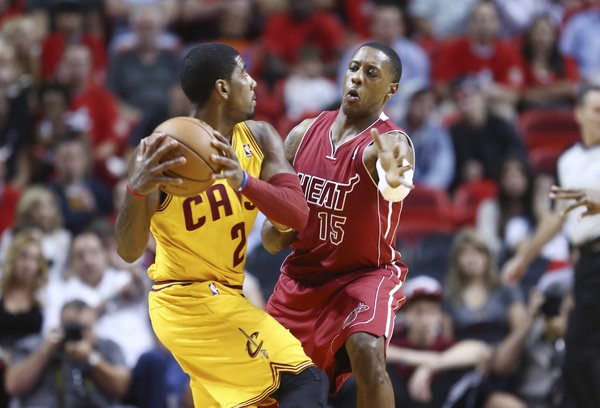 Shoutout to the good folks over at Yahoo Sports’ Ball Don’t Lie blog for providing us with this holiday gem.

As the Palm Beach Post’s Jason Lieser blogged about, the Miami Heat recently had a little secret Santa gathering.

There were definitely some interesting gifts, some of them on display in a photo from LeBron James’ instagram account.

And it sounds like Mario Chalmers knows his teammate, Shane Battier, pretty well, because the veteran left the party happy after opening his gift from Chalmers:.

Chalmers, who dished eight assists Monday in the Heat’s rout of Utah, must be embracing the giving spirit for the holidays.

Keep up with all the ‘Hawks in the NBA daily, with KUsports.com stat recaps.

Me too! I felt like he went toe to toe with Davis when they played each other and I thought with his shot blocking, he'd at least see some regular PT in the NBA.