Welcome to the Debbie Downer edition of 'Hawks in the NBA.

The past three December nights in The Association have been pretty dismal for KU products. On Friday, former Jayhawks combined to make 23 of their 57 shots (40.4 percent), and it only got worse from there.

Xavier Henry's 15-point, four-rebound night on Friday, when his Lakers got smoked by Oklahmoa City, 122-97, was the best offensive outing this past weekend among the league's 'Hawks.

Ready for more? Cue up the sound effects. 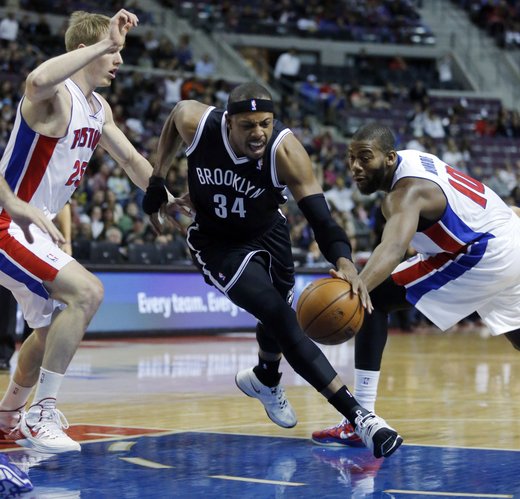 Here is the best news we can offer: Paul Pierce is actually playing. It just so happens he is doing so off the bench.

Three games into his return from an injured hand, Pierce remains a reserve for the Brooklyn Nets. That will continue to be his role "for now," Nets coach Jason Kidd said — as documented in an ESPN New York blog entry.

Pierce's production and minutes have increased in each of the three games, so if that trend continues, it's hard to imagine he will remain in the role long term. The Nets are 2-1 since getting the 16-year veteran back on the floor, and he delivered 12 points, four rebounds and four assists in his most recent outing, a loss at Detroit.

Brooklyn point guard Deron Williams, who returned from an injury of his own at the same time as Pierce, said in the ESPN NY blog that he appreciated what The Truth is doing for the team right now:

“[Paul]’s selfless. That shows what kind of person he is. He can be a guy that says, ‘I’m Paul Pierce, I’m a starter in this league,’ you know? Like some guys have done. He’s just worried about winning right now, and he’s trying to get back healthy and get back into a rhythm and I think he’s doing whatever the team needs right now.” 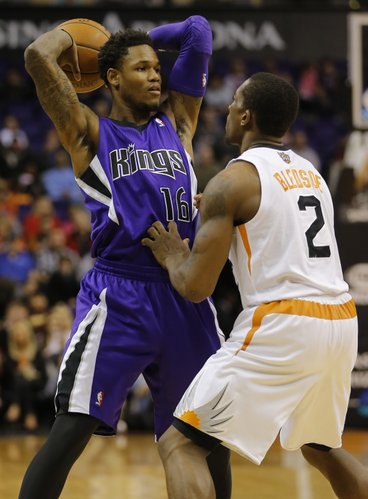 So much can change in a week. Sacramento Kings rookie Ben McLemore, who recently won the NBA's Western Conference Rookie of the Month award, and seemed to be turning into a reliable double-digit scorer, hasn't lived up to the standard he set for himself of late.

As the folks over at the Cowbell Kingdom blog note, Sactown has some issues at shooting guard:

"Ben McLemore is struggling. As is Marcus Thornton. The Kings are searching for answers at shooting guard and after tonight, I’m not sure where (coach Michael) Malone will turn next. Against some teams, we will probably see (newly acquired Rudy) Gay pick up a few minutes and even (Travis) Outlaw again, but these aren’t really long-term solutions. Sacramento needs McLemore and Thornton to get better and to do it quickly."


Can McLemore bust out of his slump? Has he hit a rookie wall? Will he remain a fixture of the re-tooled Kings' rotation. We'll keep you posted. 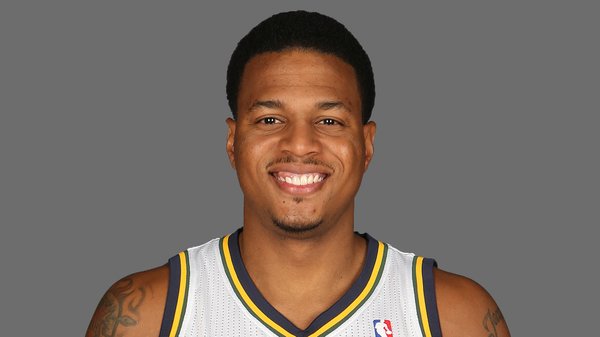 Don't let that media day smile deceive you. Brandon Rush is not happy in Utah.

Aaron Falk, of the Salt Lake Tribune, notes the difficulty the sixth-year pro has had adjusting to not only his return from a torn ACL, but also his limited role with the Jazz this season.

"It’s been really frustrating because I’ve worked hard," Rush said in Falk's story. "I wanted to be able to get some minutes and help the team out."

Falk reported that Rush met with Utah coach Tyrone Corbin this past Wednesday to discuss his lack of minutes, and thought it went well. It seemed to work in Rush's favor, too, because in Utah's next game after the talk, he played 20 minutes and scored nine points — far better than the DNP's he registered in the previous two Jazz games.

"He looked good," Corbin said in the Tribune. "He just played, man. That’s what we were looking for because he can help us. He can make shots. He can defend; he’s long. But we can’t have him be apprehensive about it, when to go or not go, because it throws the rhythm of all the other guys off."

Maybe Corbin forgot about that in Utah's next two games, because Rush only played 10 minutes and 4 minutes, following what seemed to be a positive transitional moment in his season.

Keep up with the statistical outputs from the 'Hawks in the NBA daily at KUsports.com.

Rush was playing great for the Warriors before his injury. The Jazz are being ridiculous for not using him more. Especially considering they're 6-21 right now. Clearly what they're doing now is not working, so they should try something different, like playing more of that guy who was really hot before his injury.

The Jazz are actively trying to lose. Riggin for Wiggins, though in their case, more likely they're Sorry for Jabari.