It's time for one of the more veteran players on the KU roster to make his way onto the list of the most crucial Jayhawks of 2016.

After coming to KU as a running back and moving over to defense early in his career, Shaw has slowly but surely seen his impact and importance on this team rise over the past couple of seasons.

This season, he enters as one of the most experienced players on the roster and plays a position that is vital to the defensive scheme the Jayhawks want to run. 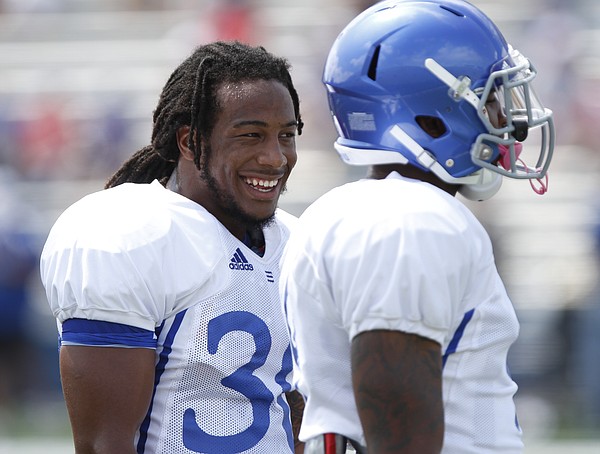 A year ago, defensive coordinator Clint Bowen called Shaw “strong as an ox” and “pound for pound the strongest guy on the team. He called him “tough” and “smart.”

Experienced and armed with senior urgency, Shaw could help the defense to improve if he can put all those qualities together to have a greater impact than he did a year ago, when he logged just one tackle for a loss, didn’t force any fumbles or pick off any passes and contributed three pass breakups.

Shaw appeared in all 12 games and made nine starts. His best game came against his home state university, Rutgers, with family and friends in attendance. He had a career-high 10 tackles.

A standout wrestler, running back and linebacker/safety for Piscataway High. He set school records for single-game rushing yards (304 in state-title game) and career rushing yards (2,848) and wrestling victories (120). He went 25-0 on the mat as a senior.

Offered a scholarship by Iowa, Shaw didn’t accept it right away and by the time he called to say he was committing to the Hawkeyes, the scholarship had been given to another athlete. Kansas had a scholarship for him and he has earned it with steadily improving play.

Shaw arrived at KU somewhat raw, red-shirted, became a reliable special-teams player as a red-shirt freshman and started eight games the following year. With 17 career starts in the secondary, Shaw is among the most experienced players on the squad.

Shaw, who has played safety and nickel back at Kansas, will serve as a valuable mentor to sophomore Tyrone Miller, making the transition from cornerback to his more natural safety position. Fish Smithson also will be on hand to bring along Miller.

It remains to be seen whether Kansas has enough speed in the secondary to slow down potent Big 12 passing attacks, but the Jayhawks do have ample experience in the back of their defense to get the most out of their talent there.