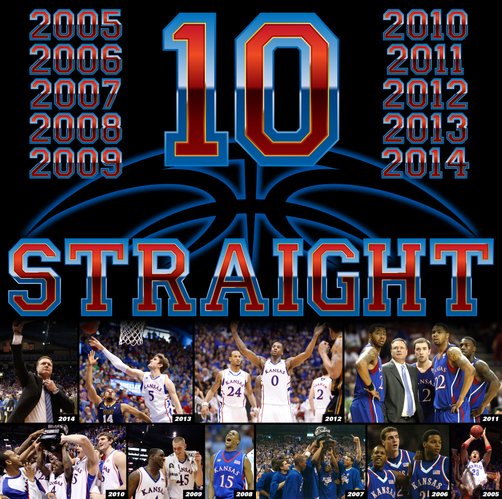 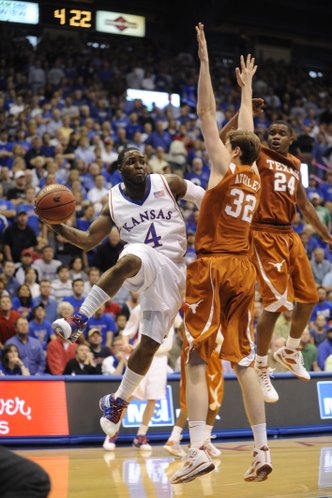 Kansas guard Sherron Collins looks to pass against the Texas defense on Saturday, March 7, 2009 at Allen Fieldhouse. by rgwin 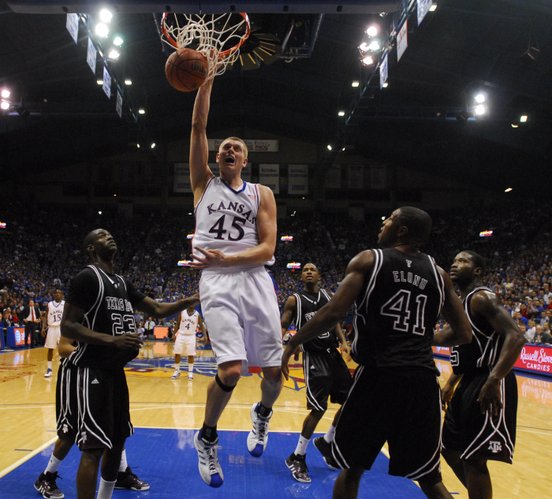 Kansas center Cole Aldrich dunks on the Texas A&M defense during the first half Monday, Jan. 19, 2009 at Allen Fieldhouse. by Nick Krug 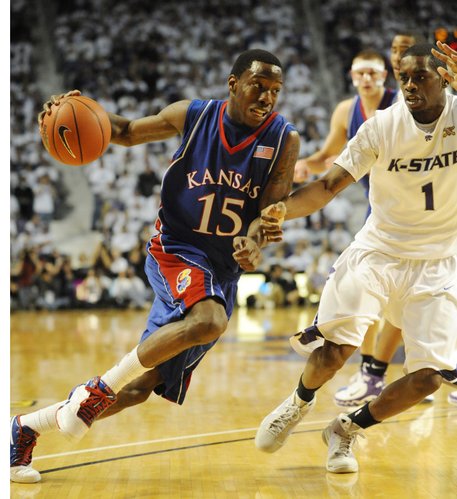 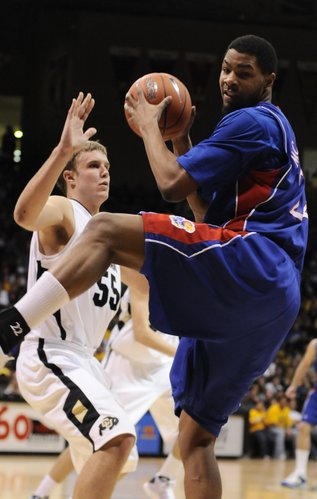 Kansas forward Marcus Morris spins away from Colorado forward Trey Eckloff with an offensive rebound during the second half Saturday, Jan. 17, 2009 at the Coors Events Center in Boulder, Colorado. by Nick Krug

Kansas guard Brady Morningstar puts up a three over Baylor guard LaceDarius Dunn during the first half Monday, Feb. 2, 2009 at the Ferrell Center in Waco. by Nick Krug 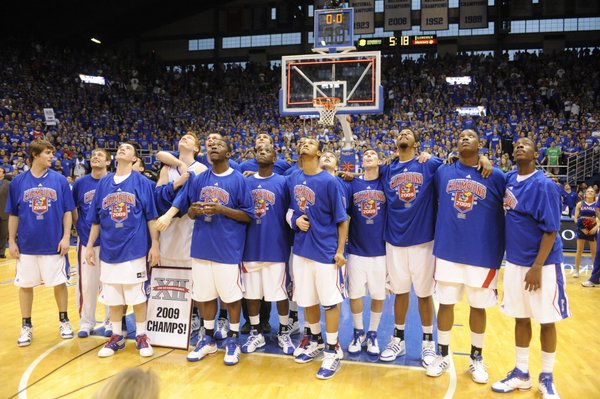 The 2008-09 Kansas men's basketball team checks out the Jumbotron in Allen Fieldhouse after clenching the Big 12 championship with a win over Texas on Saturday, March 7, 2009 at Allen Fieldhouse. by Richard Gwin

“There’s no better way to win it. We got the seniors out of here with an outright championship. We don’t have to share it with anybody."

“I’m falling in love with this team. They try hard, and they are getting more and more aggressive all the time.”

“We were laboring (early). Our guys hung tough. It’s probably as good a road win that we’ve had since I’ve been at Kansas, considering the circumstances, how young we are and the environment."

It was a very top-heavy league that year it looks like.