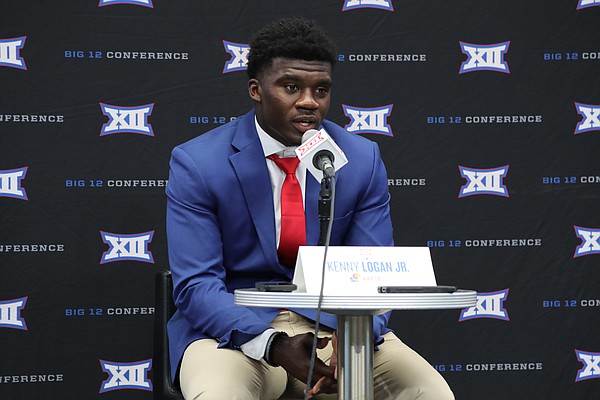 Senior safety Kenny Logan Jr. was named Thursday to the watch list for the Paul Horning Award, which honors the most versatile player in major college football.

Logan had 113 tackles last season, the most of any safety in a Power 5 conference, as well as one interception and two forced fumbles. He also returned 15 kickoffs for an average of 27.9 yards while playing in all 12 games.

Named to the All-Big 12 Preseason Team earlier this month, Logan also appeared on the watch list for the Thorpe Award, which recognizes the nation's too defensive back.

Fifty-two players are considered candidates for the Paul Hornung Award, which has been handed out since 2010.

Meanwhile, sixth-year senior defensive tackle Sam Burt Jr. was one of 115 players named to the watch list for the Wuerffel Trophy, which recognizes players' community service.

Burt, from Abilene, has played in 45 games for the Jayhawks. He was named last week to the AFCA Good Works Team, which spotlights players based on their academic achievement and community impact.

Burt consistently has been one of the leaders of the KU football program's community service projects, including reading books to elementary students, community clean-up efforts and activities on campus.