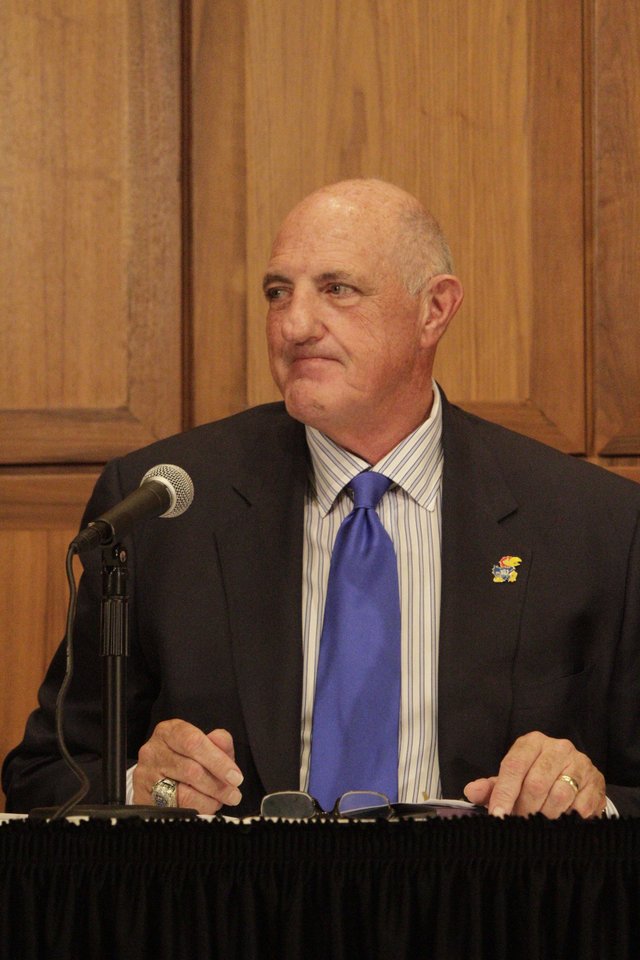 Lew Perkins, KU Athletic Director, prepares to take questions from members of the media after a report detailing improprieties in its ticket office was released to the public Wednesday afternoon. In the report, six employees of Kansas Athletics are described as taking part in a scheme to divert tickets and funds to their own benefit and away from KU.