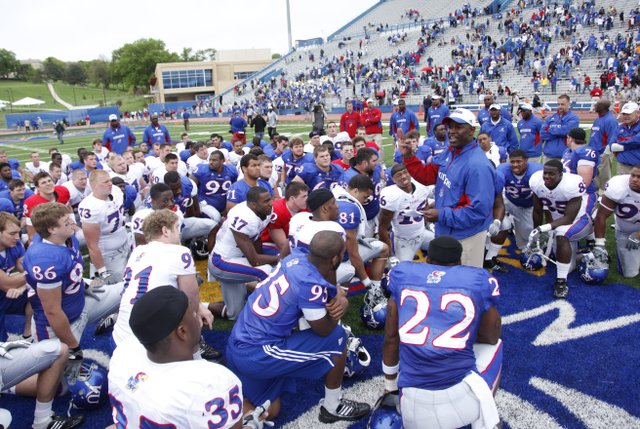 Kansas University football coach Turner Gill, right, addresses his team following the spring game on April 24 at Memorial Stadium. Gill has implemented a cell-phone policy on the team, as cell phones are collected on the day before a game and returned to the players after the game to limit distractions.