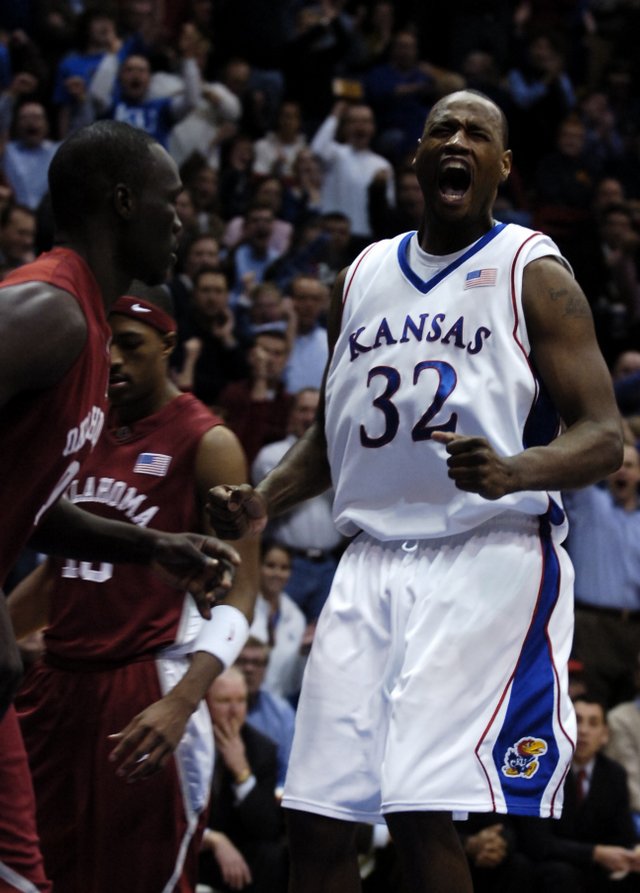 Kansas University forward Darnell Jackson roars after a dunk on the opening drive against Oklahoma. The slam set the tone for Jackson and the Jayhawks; he went on to lead KU with 17 points in an 85-55 blowout of the Sooners on Monday at Allen Fieldhouse. Jackson was officially traded to the Kings Wednesday.