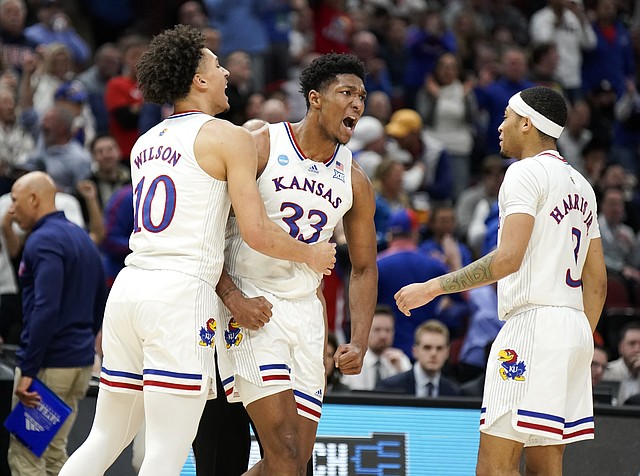 Kansas forward David McCormack (33) celebrates with Kansas forward Jalen Wilson (10) and Kansas guard Dajuan Harris Jr. (3) after an and-one bucket during the second half on Sunday, March 27, 2022 at United Center in Chicago. The Jayhawks defeated the Hurricanes, 76-50 to advance to the Final Four.

David McCormack finished with 15 points, including the two that led to an emotional explosion early in the second half, to power top-seeded Kansas' comeback in a 76-50 victory over No. 10 seed Miami.