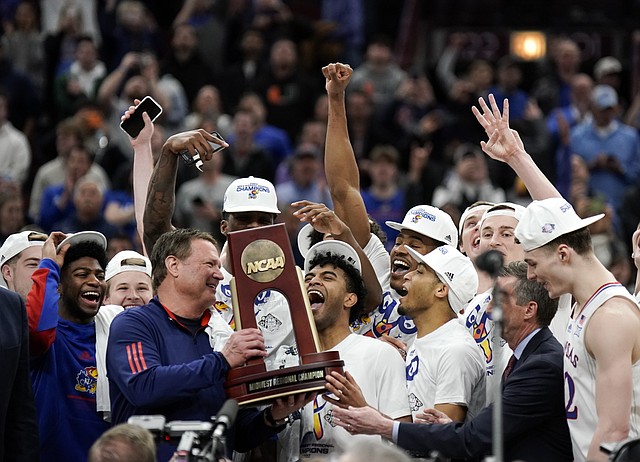 The Kansas Jayhawks celebrate with the Midwest Regional trophy after defeating Miami, 76-50 to advance to the Final Four on Sunday, March 27, 2022 at United Center in Chicago.

On to New Orleans: 2nd-half surge leads top-seeded Kansas past Miami and into the Final Four

All-American Ochai Agbaji scored 18 points and senior forward David McCormack added 15 points as top-seeded Kansas recovered from a six-point halftime deficit with a dominant second half to beat No. 10 seed Miami 76-50 on Sunday afternoon in Chicago. The win pushed Kansas into its 16th Final Four — and first since 2018 — next week in New Orleans and set off a joyous celebration inside the United Center. By Matt Tait