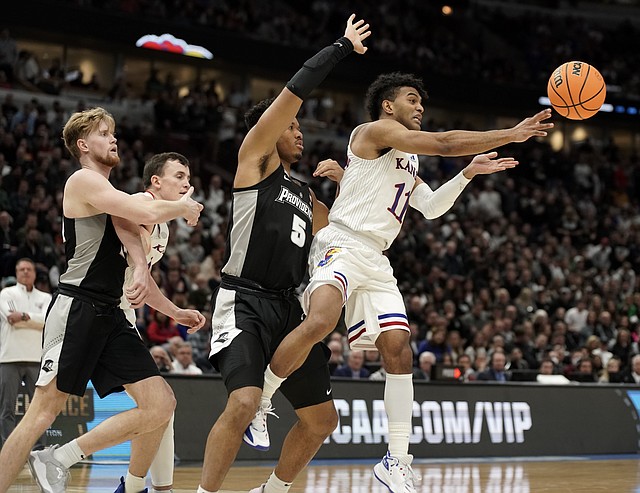 Kansas guard Remy Martin (11) kicks out a pass to the wing as he is defended by Providence forward Ed Croswell (5) during the second half on Friday, March 25, 2022 at United Center in Chicago.

Providence coach Ed Cooley said senior Ed Croswell's performance in the second half of the game against Kansas on Friday allowed the Friars to recover from a 13-point deficit and briefly take the lead before they lost 66-61 in the Sweet 16.