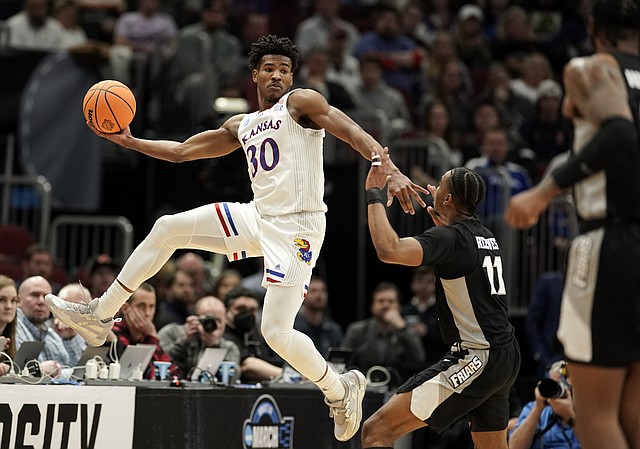 Kansas guard Ochai Agbaji (30) leaps to save a ball before Providence guard A.J. Reeves (11) during the first half on Friday, March 25, 2022 at United Center in Chicago.

A look at some of the keys for top-seeded Kansas in Sunday's NCAA Tournament Elite Eight showdown with No. 10 seed Miami at United Center in Chicago. Tipoff is set for 1:20 p.m. on CBS and the winner will advance to next week's Final Four in New Orleans. By Matt Tait