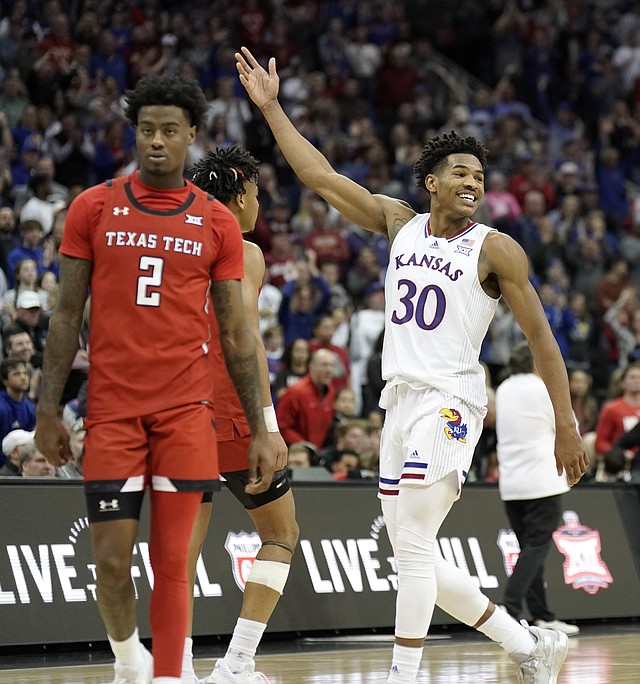 Kansas guard Ochai Agbaji (30) waves to the Kansas fans as time runs out in the Jayhawks' 74-65 Big 12 Tournament championship win over Texas Tech on Saturday, March 12, 2022 at T-Mobile Center in Kansas City.

Ochai Agbaji was named the Big 12 tournament's most outstanding player after he scored 16 points and had seven rebounds in the top-seeded Kansas men's basketball team's 74-65 victory over third-seeded Texas Tech on Saturday at T-Mobile Center.