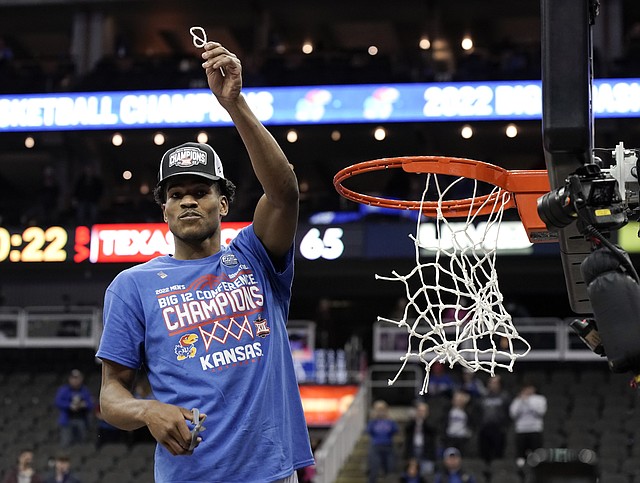 Kansas guard Ochai Agbaji (30) shows off his piece of the net to the fans following the Jayhawks' 74-65 Big 12 Tournament championship win over Texas Tech on Saturday, March 12, 2022 at T-Mobile Center in Kansas City.

NCAA TOURNAMENT 2022: Five reasons Kansas can win it all

After a fight to the finish during the grueling Big 12 regular season — KU lost two of its final four games and needed OT at home in the finale to secure a share of the conference title — Bill Self’s 19th Kansas basketball squad looked much looser and played more freely during its run to the Big 12 tournament title in Kansas City, Missouri. By Matt Tait

The 6th-ranked Kansas men’s basketball team validated its Big 12 regular season title by winning three games in three days this week to claim the Big 12 tournament title, as well, knocking off Texas Tech, 74-65, in a thrilling battle in front of a packed house at T-Mobile Center on Saturday night. By Matt Tait