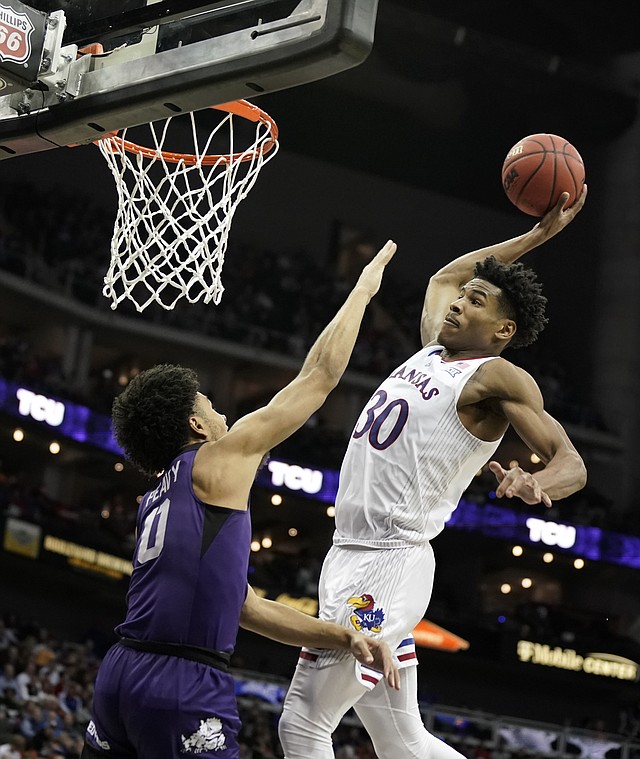 Kansas guard Ochai Agbaji (30) brings down a thunderous dunk over TCU guard Micah Peavy (0) during the second half on Friday, March 11, 2022 at T-Mobile Center in Kansas City.

Ochai Agbaji was named the Big 12 Male Athlete of the Year on Monday afternoon following a season in which he helped the men's basketball team win the NCAA national championship. By Zac Boyer

The top-seeded Kansas men's basketball team defeated fifth-seeded TCU, 75-62, on Friday night at T-Mobile Center to secure a spot in Saturday's conference tournament title game. Big 12 Player of the Year Ochai Agbaji led the Jayhawks with 22 points and KU improved to 27-6 on the season. By Matt Tait