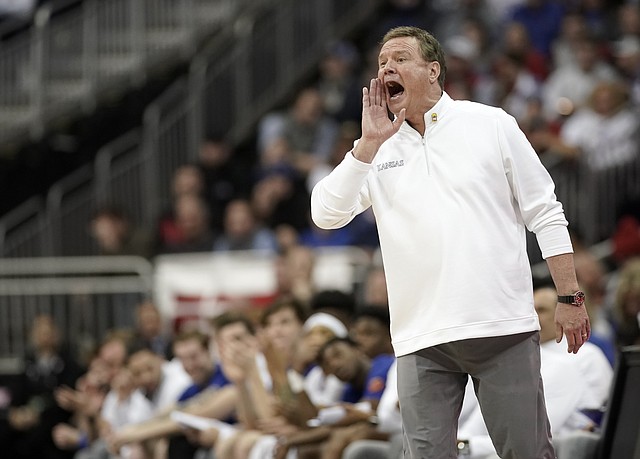 A New Year’s Eve party at Allen Fieldhouse will open the Big 12 men’s basketball schedule for the defending national champions. By Matt Tait

The Big 12 Conference on Monday announced a two-year extension of its college basketball clash with the BIG EAST. By Matt Tait

The non-conference portion of the Kansas men’s basketball program’s 2022-23 schedule has begun to take shape with another game being announced on Wednesday. KU will play host to Seton Hall on Dec. 1 at Allen Fieldhouse in one of the featured games of next season’s Big East-Big 12 Battle. By Matt Tait

The top-seeded Kansas men’s basketball team will have to wait a couple more days to find out who it will play in Thursday’s opening round of the NCAA Tournament in Fort Worth, Texas. And KU coach Bill Self said being forced to have a little more patience has its advantages and disadvantages. By Matt Tait