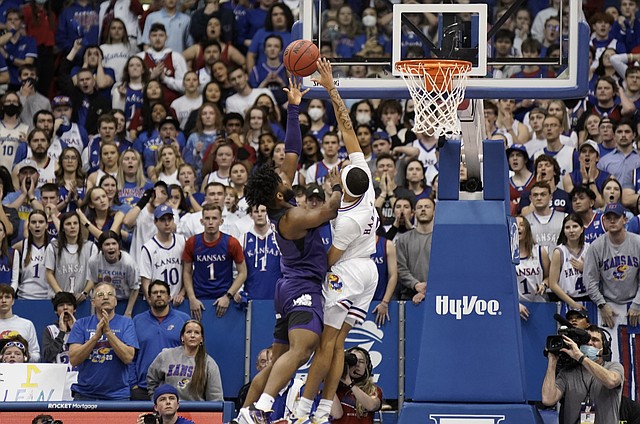 Kansas guard Dajuan Harris Jr. (3) gets up to get a hand on a final shot from TCU guard Mike Miles (1) with seconds remaining in the second half on Tuesday, March 3, 2022 at Allen Fieldhouse.

Better intensity, big block lead No. 6 Kansas to brink of Big 12 title with 72-68 win over TCU

Ochai Agbaji scored 22 points as the sixth-ranked Kansas men's basketball team held on in the final minute to defeat TCU 72-68 on Thursday at Allen Fieldhouse in the second game between the teams in three days. By Matt Tait