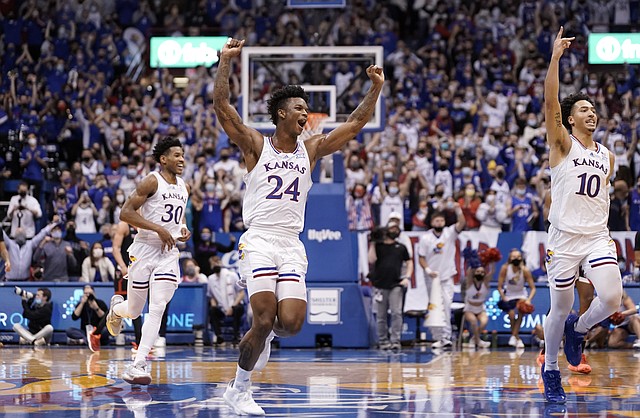 KJ Adams, a freshman forward, finished with six points and four rebounds in the fifth-ranked Jayhawks' 94-91 double-overtime victory over No. 13 Texas Tech on Monday night. But it was his defensive versatility that earned him his most impactful minutes of the season. By Zac Boyer

Energy, effort and physicality were non-issues for the fifth-ranked Kansas men’s basketball team in Monday’s rematch with No. 13 Texas Tech. Finishing, however, was. Despite watching Texas Tech erase a 12-point second half lead in the final minute of regulation, KU survived 94-91 in double-overtime at Allen Fieldhouse behind a hard-charging effort in all aspects of the game. The win helped the Jayhawks avenge one of their two losses on the season. By Matt Tait