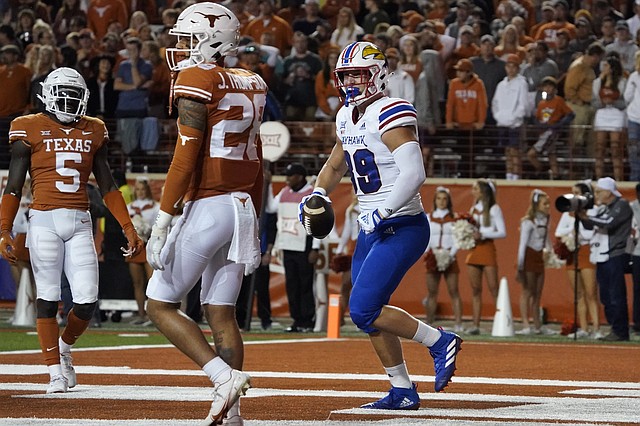 Availability of TEs in question heading into KU football finale

The Kansas football running back room isn’t the only one where available bodies are dwindling late in the season. When asked during his Monday press conference which tight ends might actually be in uniform and able to contribute in the team’s upcoming season finale versus West Virginia, KU head coach Lance Leipold had to think for a second.