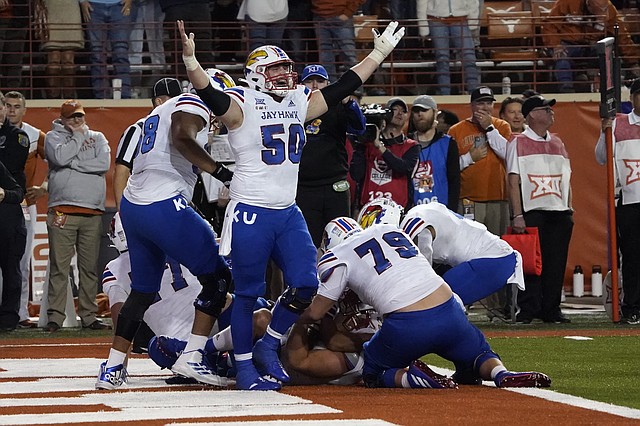 Kansas football head coach Lance Leipold was all of 10 seconds into his opening remarks during his early signing period press conference when he brought up the fact that the Jayhawks only signed six players on Wednesday.

Nearing the end of his sixth year in the Kansas football program, super-senior receiver Kwamie Lassiter II has witnessed more losses than he cares to remember, as well as a handful of victories — 11 to be exact. But the Jayhawks’ latest victory, a 57-56 overtime shocker at Texas that grabbed the attention of the college football world, seemingly was on another level.