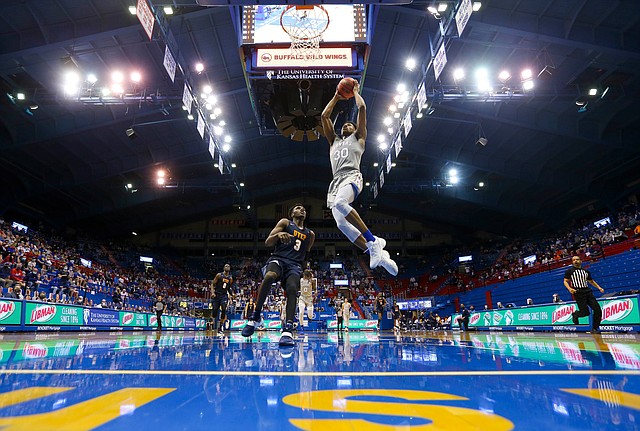 Sixth Man Strategies, which oversees and manages name, image and likeness opportunities for all 18 Kansas men’s basketball players, has rolled out its initial NIL initiatives. By Matt Tait

Kansas junior Ochai Agbaji announced Thursday afternoon that he is entering his name into the NBA draft pool with the option to return to school for his senior season. By Matt Tait