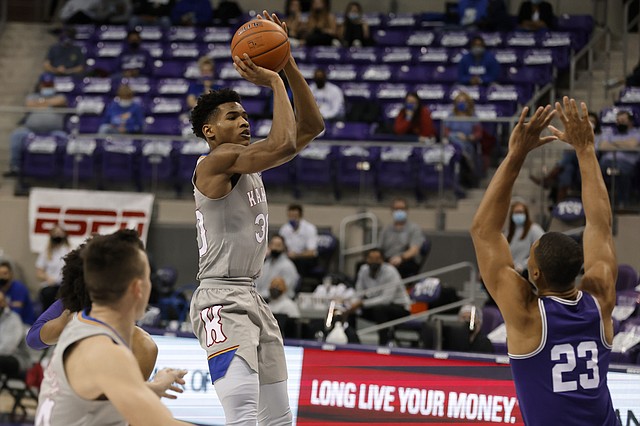 Midway through his best season as a Jayhawk, Kansas junior Ochai Agbaji has been named a top-10 candidate for the Jerry West Shooting Guard of the Year Award, the Naismith Memorial Basketball Hall of Fame announced Tuesday. By Matt Tait